Existing home sales plunged 5.1% (considerably worse than the 4.1% drop expected) to its lowest level in 18 months. This extends the string of missed expectations to 5 months as even the ever-credible NAR chief economist said it was not the weather but “we can’t ignore the ongoing headwinds of tight credit, limited inventory, higher prices and higher mortgage interest rates.” First-time homebuyers plunged to a mere 26% of the total – the lowest share on record as all-cash (and spec) investors rose to a record 53% share of sales. 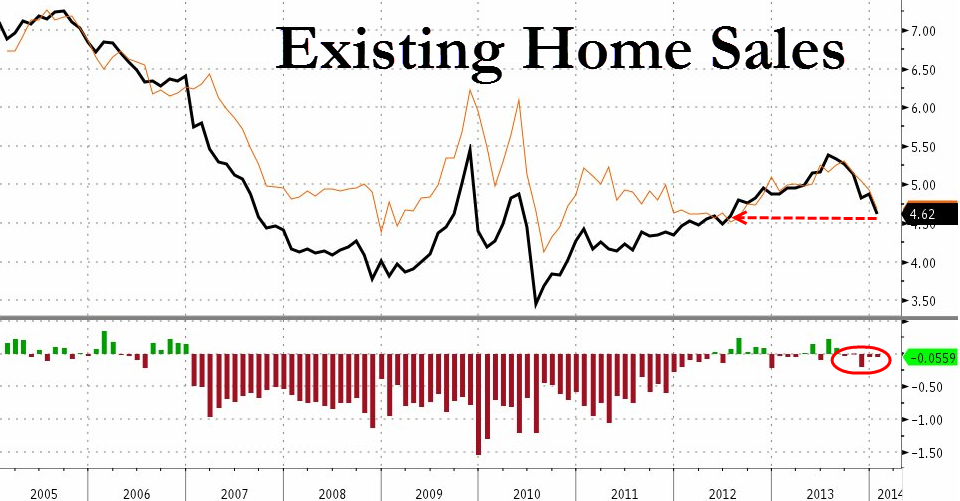 Key highlights from the report:

First-time buyers accounted for 26 percent of purchases in January, down from 27 percent in December and 30 percent in January 2013. This is the lowest market share for first-time buyers since NAR began monthly measurement in October 2008; normally, they should be closer to 40 percent.

And your bubble full-frontal: 53% of all sales were either to “all cash” or investors “flippers”: