The American army has built an entire fake city including a school, a mosque and a football stadium 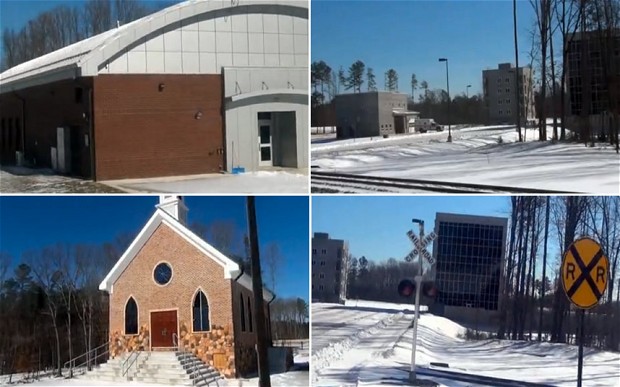 The 300 acre ‘town’ includes a five story embassy, a bank, a school, an underground subway and train station

The US army has built a fake city designed to be used during combat training exercises.

The 300 acre ‘town’ includes a five story embassy, a bank, a school, an underground subway and train station, a mosque, a football stadium, and a helicopter landing zone.

Located in Virginia, the realistic subway station comes complete with subway carriages and the train station has real train carriages.

There are also bridges and several other structures which can be transformed into different scenarios.

The $96 million is designed to meticulously “replicate complex operational environments and develop solutions”.

The unit was created in 2004 to help combat terrorism and reduce the vulnerabilities of the army to emerging threats.

Colonel John P. Petkosek, the commander of the group said of the new training city :

“This is the place where we can be creative, where we can come up with solutions for problems that we don’t even know we have yet,”

“This is where we’ll look at solutions for the future–material solutions and non-material solutions…anything from how you’re going to operate in a subterranean environment to how you dismount a Humvee to avoid an IED strike.

“The things that we do here at this facility will have a direct and lasting impact on our entire army.”

It has taken six years for the site to be developed, including two years of construction.