Bitcoin plunged another 15% or so from its bounce highs this morning as volatility has picked up dramatically in the virtual currency. The reasons are numerous: JPMorgan has come out with a scathing attack – “bitcoin looks like an innovation worth limiting exposure to;” CoinDesk reports that major exchanges are under a “massive and concerted attack” by a bot system – creating a “fog of confusion” over the system; and perhaps most critically, BitStamp has followed Mt.Gox and halted withdrawals “due to inconsistent results from their bitcoin wallet” – due to the DDoS attacks… 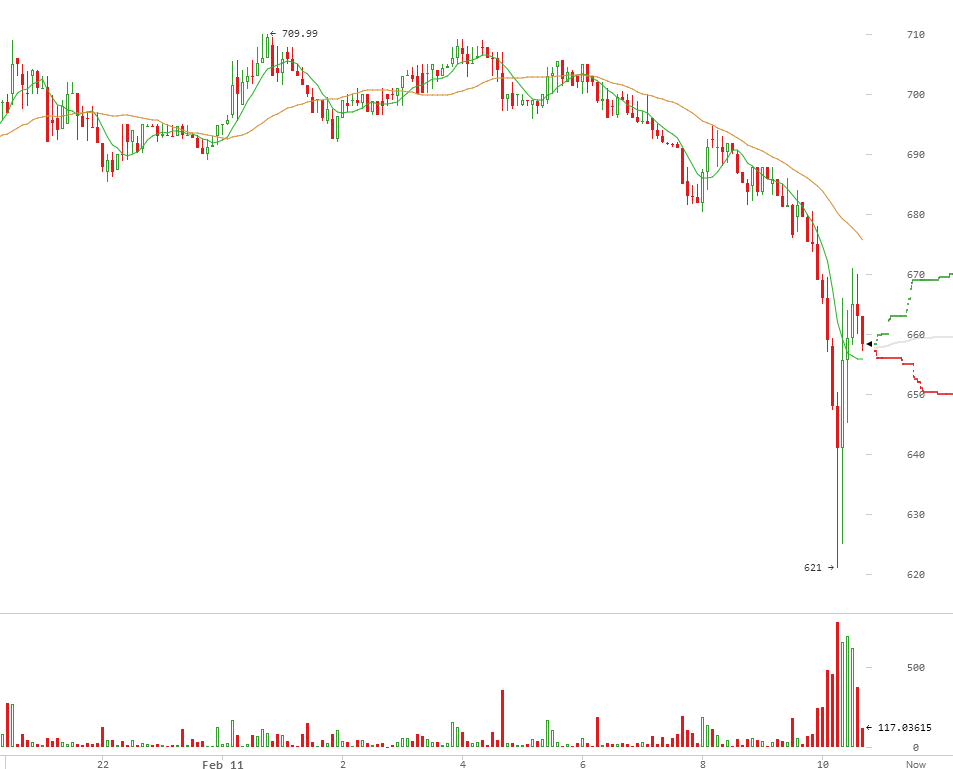 Basically the main reason why BTC crashed in the past few days was the realization that MtGox had finally halted withdrawals, leading to an escalating blame game in which the finger pointing between the exchanges and the actual bitcoin source code (here and here) meant that something is wrong within the system. This lead to the previously noted flash crash in Bitcoin yesterday: 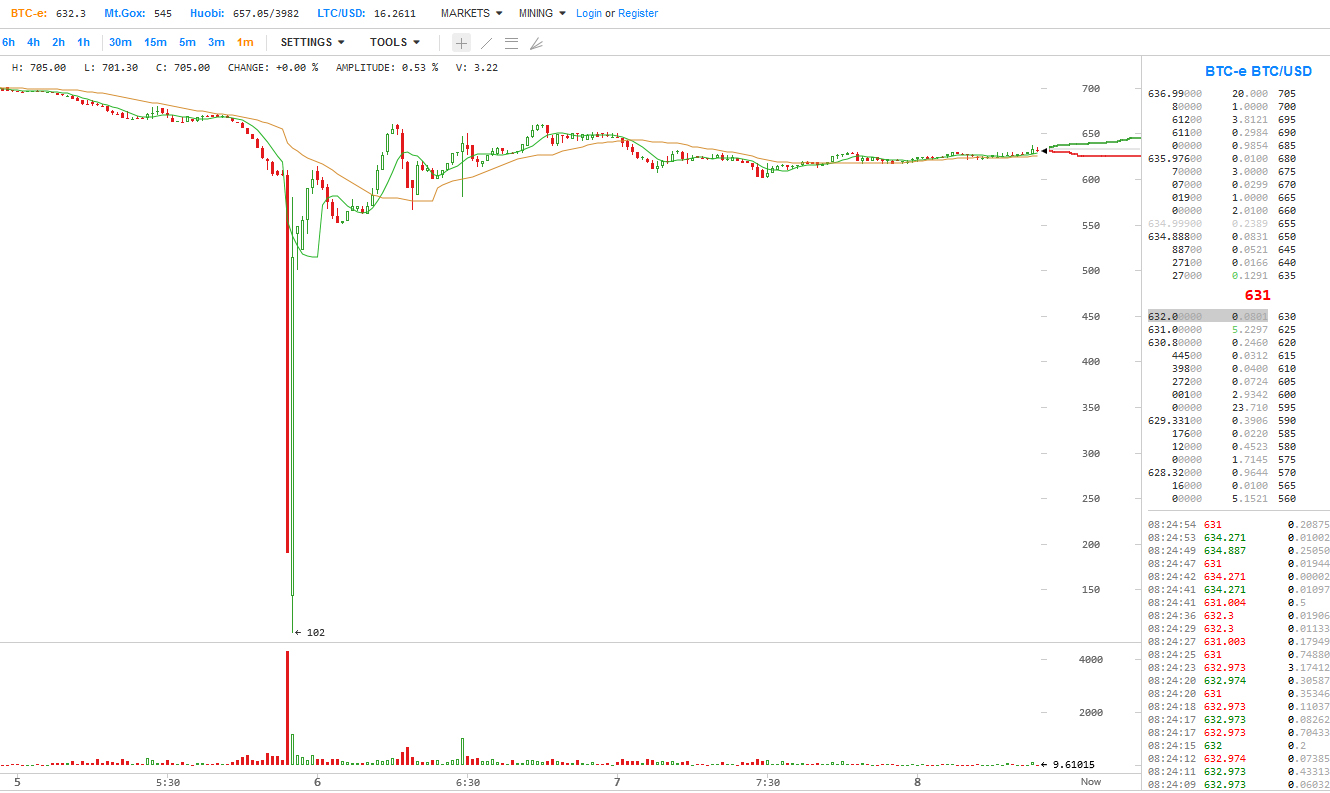 Alas, that may have been just the beginning when a few hours later, we just learned that the next major Bitcoin exchange, Bitstamp, has just halted Bitcoin withdrwawls, blaming a major DDoS for the suspension.

Unlike other asset markets, FX rarely welcomes newcomers for the simple reason that launching a widely-used currency traditionally required creating a sovereign or supra-sovereign entity with a central bank to issue the unit and manage its supply over time.

Hence the audacity of bitcoin: it is a stateless, virtual and peer-to-peer currency, so exists only digitally and is associated with no sovereign, central bank or bank payments system. It is also incredibly illiquid extremely volatile and often caricatured.

After a brief Economics 101 refresher on the required functions of money, this research note addresses various frequently-asked questions around this virtual currency: what is it; how is it created and transferred; what are its advantages and disadvantages for corporates and investors compared to fiat currencies; is it a serious contender for a global payments system; and can it prove more durable long-term than other somewhat fixed-supply currencies like gold.

At the risk of sounding like a luddite, bitcoin looks like an innovation worth limiting exposure to. As a medium of exchange, unit of account and store of value, it is vastly inferior to fiat currencies. Since governments are quite unlikely to accord it the status of legal tender, bitcoin or other virtual currencies would not reach the scale and scope to render them worthwhile for widespread commerce, payments or investment.

Bitcoin’s greatest appeal is the apparent cheapness of peer-to-peer fund transfers, though it is unclear how economical these transactions truly are when the virtual world interacts with the real world. As provocative as its underlying technology may be, bitcoin’s practical role may be no larger than that of an emerging markets currency subject to exchange controls.

For corporates, bitcoin’s appeal is two-fold: no or low transaction costs from a peer-to-peer payments system, and the potential brand recognition from trialing a new technology. These advantages must be weighed against extreme illiquidity and volatility, both of which impede risk management. All-in transaction costs may also be higher once the fees from transferring bitcoins to fiat currencies are included.

Investors normally avoid an instrument with bitcoin’s trading properties. The unit’s main investment appeal is the potential long-term price rise due to limited supply, much like some commodities when the market balance tightens.

But more importantly, the scapegoating begins – DDoS attacks (via CoinDesk):

A “massive and concerted attack” has been launched by a bot system on numerous bitcoin exchanges, Andreas Antonopoulos has revealed.

The chief security officer of Blockchain.info said a DDoS attack is taking Bitcoin’s transaction malleability problem and applying it to many transactions in the network, simultaneously.

And the culmination: BitStamp has halted withdrawals:

Bitstamp’s exchange software is extremely cautious concerning Bitcoin transactions. Currently it has suspended processing Bitcoin withdrawals due to inconsistent results reported by our bitcoind wallet, caused by a denial-of-service attack using transaction malleability to temporarily disrupt balance checking. As such, Bitcoin withdrawal processing will be suspended temporarily until a software fix is issued.No funds have been lost and no funds are at risk.

This is a denial-of-service attack made possible by some misunderstandings in the Bitcoin wallet implementation. These misunderstandings have simple solutions that are being implemented as we speak, and we’re confident everything will be back to normal shortly.

Withdrawals which failed on the 10th and 11th of February will be canceled and the amounts added back to the customer account balances.We will communicate any further developments regarding this issue.Thank you for your understanding!