Mt.Gox, the largest exchange for the online digital currency, was forced to halt withdrawals (but not trading) this morning. Due to an increase in withdrawal requests the exchange’s systems had technical problems and in order “to understand the issue thoroughly, the system must be in static state,” they reported. The exchange said it would resolve the problem as soon as possible and “apologize[d] for the sudden short notice.” Interestingly this seemed to rapidly remove Mt.Gox’s modest premium to the other exchanges and bring them all back inline around $700 as the price recovered. 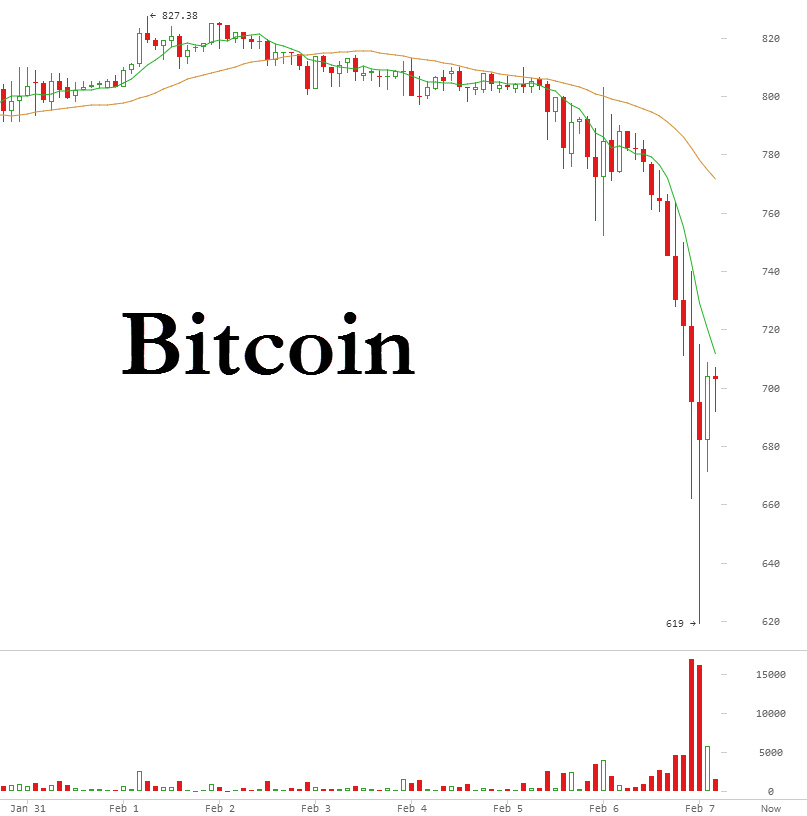 “People will be leaving Mt. Gox either way, the trust isn’t already very high, and with this now people are going to trust them even less,”