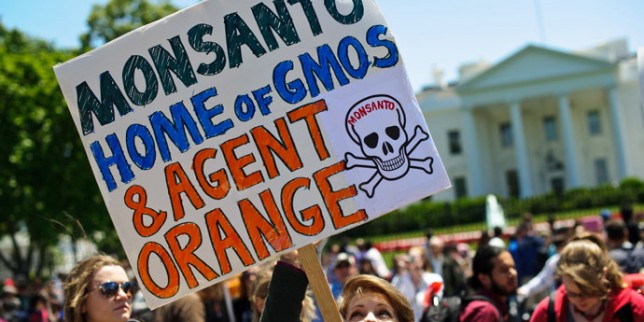 The risks concern consumers as well as users (such as farmers), rural communities and the environment. For example, the report exposes a large gap in the evaluation of the dermal exposure and the acute toxicity of 2,4-D. Dermal absorption is higher than assumed so far. This means a much higher health risk for those who are in direct contact with the herbicide 2,4-D.

“2,4-D resistant GM crops are a reaction to the spread of ‘superweeds’ in the United States, which are resistant to the weedkiller glyphosate which is known as Roundup. Glyphosate is blanket sprayed on herbicide-tolerant GM crops such as soybeans, maize and cotton. The planned introduction of 2,4-D plants shows that something is going completely wrong in US agriculture”, explains Christoph Then for Testbiotech. “Much larger areas will be sprayed with 2,4-D if these herbicide resistant plants are grown. This means higher risks for farmers, rural communities and the environment and more pesticide residues entering the food chain”

Helen Wallace from GeneWatch UK warns. “In the future, large quantities of these crops could be imported into the EU in animal feed and used to produce meat, milk and eggs that are not labelled for consumers. Supermarkets should act now to make sure that their suppliers do not use genetically engineered 2,4-D soya and politicians should back labelling. Consumers must be able to choose to avoid these crops”.

In the light of these findings, the organisations involved are demanding a stop to extending the use of herbicide resistant plants in agriculture and for applications for commercial large-scale cultivation of plants resistant to 2,4-D to be rejected.

The existing authorisations for applications of 2,4-D products should be suspended until there has been a re-assessment of risks for human health and the environment.

The organisations also demand a legal requirement that all pesticides should be dioxinfree. Further, they urge a shift in agricultural subsidies away from unsustainable conventional agriculture to more organic agriculture and promotion of non-chemical weed control methods.