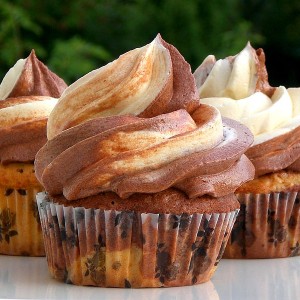 America is being suffocated to death by red tape.  You are about to read about an 11-year-old girl in Illinois that had her cupcake business brutally shut down by government bureaucrats.  Her name is Chloe Stirling and her crime was doing something that we used to applaud young people in America for doing.  Instead of sitting on her sofa and watching television all day, she actually started her own business.  And it turned out there her little business started thriving.  In fact, it started doing so well that a local newspaper took notice of it.  Well, that is when the control freaks swooped in and took her business away and banned her from selling any more cupcakes.  The really sad thing is that people are being paid to do this with our tax dollars.  All over America, little entrepreneurs are having their lemonade stands shut down and are being banned from selling Girl Scout cookies, and our tax dollars are paying the people that are doing it.  As I wrote about earlier this month, the level of economic freedom in the United States is at an all-time low, and it gets worse with each passing year.  The country that so many of us love is dying, and it is being replaced with something that I like to call “the USSA”.

In the Union of Soviet Socialist Americans, you have to have a government “license” or “permit” to do just about anything.  If the government does not give you permission, you can get into a whole lot of trouble.

Little 11-year-old Chloe Stirling must have thought that this was still the nation that George Washington and Thomas Jefferson once founded, because she dared to actually start a business and sell cupcakes to the public.  Little did she know that she would soon make national news…

An 11-year-old girl from Illinois got a dose of regulation American-style this week when local government officials shut down her cupcake business.

Chloe Stirling, from Troy, got the front-page treatment from her local newspaper, which featured how well her business, Hey, Cupcake, was doing. By all accounts, it was a successful little enterprise. Chloe was getting $10 for a dozen cupcakes and $2 for each specialty cupcake. She even donated her cupcakes when a boy in her school fighting cancer held a fundraiser.

So why did they shut her down?

Well, it turns out that she didn’t have a “permit” to sell cupcakes and her kitchen was not “licensed”.

Like I said, you have to have permission from the government to do just about anything these days.

Another example of this phenomenon that is absolutely infuriating took place out in Fauquier County, Virginia.  When a mother held a birthday party for eight 10-year-old girls and posted the photos on Facebook, she never imagined that she would soon be hit with $15,000 in fines…

Martha Boneta owns a small farm in Fauquier County, Virginia, where she recently hosted a birthday party for eight 10-year-old girls. They wore hats, picked veggies, and made goat’s milk soap. The county says she should have obtain a license before hosting such an event and hit her with a $5,000 fine.

Boneta also got slammed with two more fines for $5,000 each, one for advertising a pumpkin carving and another for violations in the small shop on her property. Boneta sells produce from her farm, as well as eggs, yarn, birdhouses, and local crafts. She sought and received a license for the shop in 2011, but the county now says she can’t sell handiwork or produce from her neighbors under that license.

Stuff like this just makes me want to scream sometimes.

What is happening to this country?

A few years ago, my wife used to take old pieces of furniture, sand them down, repaint them and sell them to others.  It was something that she really enjoyed doing and she made some extra money along the way.

But if you try doing that in some areas of the country today, the EPA could potentially hit you with a fine of $30,000 for a single incident in which you do not follow the proper procedures.  The following is an excerpt from a discussion that some furniture painters were having on Facebook.  It is a little technical, but it is worth reading.  In this excerpt the identity of the business has been removed to protect the business from overzealous regulators…

As a painter in PA, I am required by law to test everything that I disturb and I must charge the customer $60 for every test I perform which adds up. What the law states in my area is that if I disturb more than 6 square inches on anything made prior to Jan 1 1979 I must test it. Disturbing means, sanding, scraping, or even using a sponge/scuff pad (like you use on your pots) if I disturb more than 6 inches, I must take photographs, document in 4 different logs, I have local, county, state, and federal log books. If I find lead then I must suit up. Originally, the law stated that if there were no children around then you didn’t have to do that however some lame brained legislator decided that if a child enters the premises for more than one hour a day, we must assume they will be in contact with the lead and therefore will contract lead poisoning. Then the legislators decided that if you were over the age of 60 then it didn’t matter, you didn’t have to test who cares if you get poisoned. Lo and behold OSHA stepped in and joined forces with the EPA, they decided that all were at risk including your pets and the leaves on your trees can hold the lead dust and …..well, that’s a whole other issue.

What is happening now is that so many painters decided they weren’t going to follow the lead law, that OSHA and EPA send out secret shoppers. A lot of us don’t even put our logo’s on our vehicles because that invites these shoppers to investigate. If you come to the **** ********, you won’t see signage on the building, you have to get to the actual door of the workroom to know we are there. We no longer have logo’s on our vehicles either as the fines are too stiff. There isn’t one of us that can afford a find of $30,000.00 A DAY, not a year, A DAY.

The government bureaucrats are running wild and the rest of us are just sitting back and letting it happen.

Things have gotten so bad in this country that the federal government even requires small-time magicians to submit “disaster plans” for the rabbits that they use in their acts.  The following is an excerpt from one of my previous articles…

Central planning in this country is getting completely and totally out of control.  These days, you can hardly do anything without running into a suffocating web of red tape.  For example, a small-time magician from Missouri that does magic shows for kids was absolutely horrified when he learned that the Obama administration is requiring him to submit a 32 page “disaster plan” for the rabbit that he uses in his shows.  Yes, this is actually true.  His name is Marty Hahne, and he thought that it was bad enough when the U.S. Department of Agriculture busted him for not having a “license” for his rabbit.  He went out and acquired the proper “license” for his rabbit, but he never dreamed that eventually he would also have to submit a 32 page “disaster plan” for the same rabbit.

You can read the rest of that article right here.

Are you starting to get the picture?

These control freaks want to completely dominate every aspect of our lives.  The “nanny state” is entirely out of control and it is up to “we the people” to do something about it.

“I would not let my son play pro football”

And without a doubt, the control freaks that run things will try to ban football (or at least “tone it down”) the moment that they think that they can get away with it.

Instead, what we have now is just the opposite.

No wonder Americans consider the government to be their biggest problem.