Americans can often be seduced by narratives in film and TV which depict any impending disaster, doomsday, Armageddon, or apocalypse scenario. Hollywood has taught us that much. But when faced with an actual clear and present danger, many will just as soon bury their heads in the sand – at their peril. 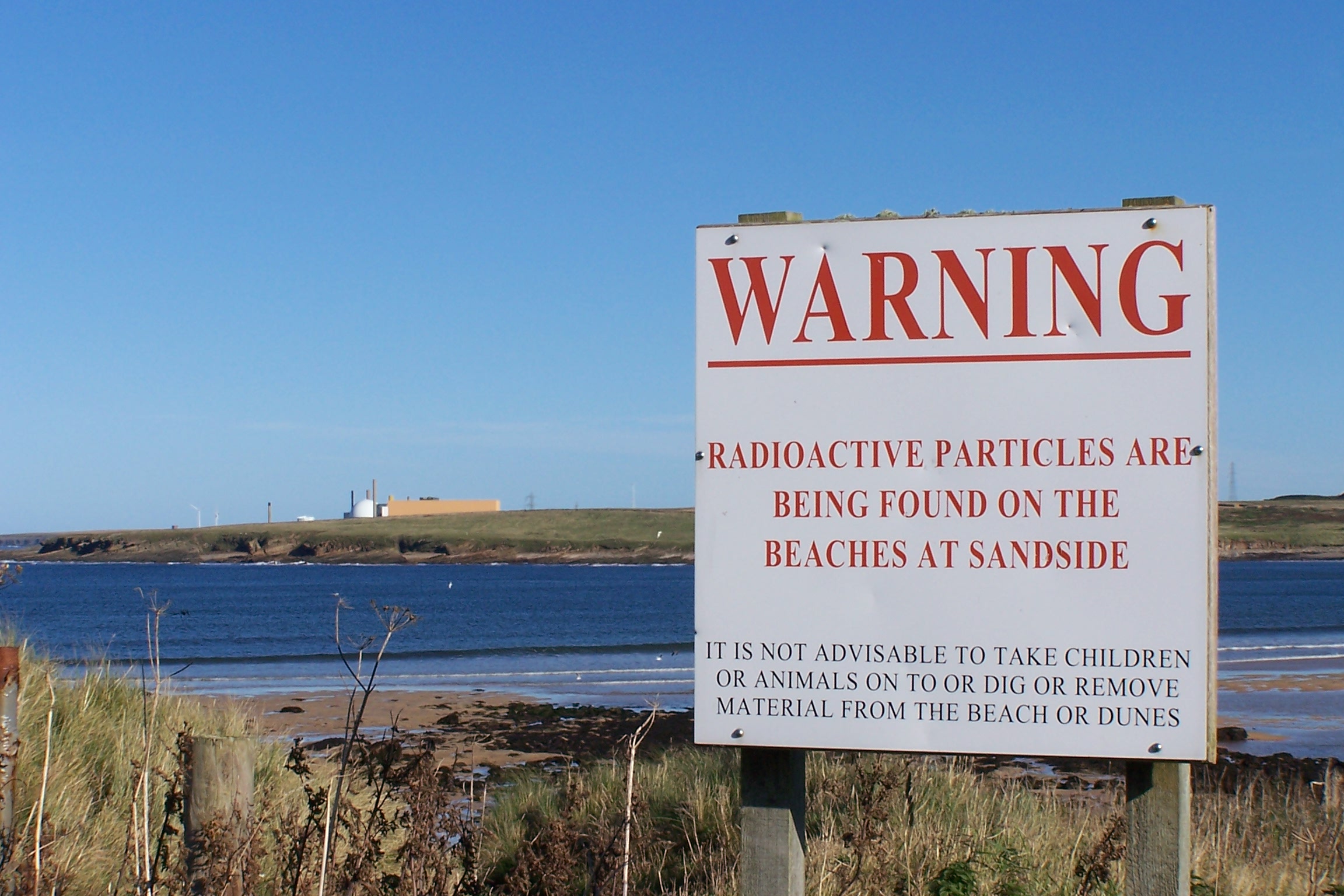 IMAGE: This sign from a British beach could become commonplace in California.

Regarding Fukushima, humanity seems to be missing a trick right now…

Millions of people worldwide who claim to care for the environment fell head over heals for the doomsday mythology behind man-made global warming or ‘climate change’ (as it’s been rebranded to extend its socio-scientific jurisdiction). Even when presented with evidence that the Earth’s atmosphere is not getting warmer, nor can it ‘warm up’ from the ejection of anthropogenic carbon dioxide into the atmosphere — true believers in Al Gore’s global warming scientology still insist that a collectivist prescribed course of action be taken, “just in case”. This ‘just in case’ stance is known as the ‘precautionary principle’, and it has become the hard-line position of faithful climatists.

So why is it that these same millions worldwide seem to hardly be bothered at all — when faced with the prospect of an actual, physical toxic environmental threat. Why not deploy their ‘precautionary principle’ until the threat is contained, or at least defined?

That genuine threat to our environment, and perhaps humanity as a whole, is the nuclear meltdown and radioactive catastrophe still unfolding at the Daiichi Nuclear Plant in Fukushima, Japan.

If you expect that TEPCO or the Japanese government (or the United States and their Environmental Protection Agency (EPA) – will come clean with the public about the spread of potentially deadly radiation into your immediate surroundings – then you might be naive.

Following public concerns regarding radioactive data gathered at Half Moon Bay just south of San Francisco, the State of Californian’s official position thus far is that radiation poses no risk to residents. But was does the federal government say, or are they even concerned?

Whether from Fukushima or elsewhere, it would be prudent, and in the public interest if the EPA could provide real-time data on radiation in our oceans and beaches, as well as explain what are the sources of these radiations are. Can the US federal government manage to squeeze that into their budget?

Fukushima was a ticking time bomb, which may already gone off — as molten radioactive fuel goes ‘China Syndrome’ burning its way downward, releasing a steady and deadly dose of the radioactive isotope called stronium-90 into surrounding water tables, and eventually into the oceans. The presence of this isotope and the risks it poses are detailed in a number of existing reports, including this one at Mathaba.net, which reports:

“Strontium-90 levels stay near zero for the first 1,000 days, after which levels spike to dramatically and appear to remain elevated for the next 50,000 or so days. Though Fukushima is more than 3X closer to the water than the reactor in this study, it is more than 3X slower (0.133 meters/day vs. 0.5 m/d). And of course, Fukushima is dealing with three melted reactor cores, not one.

Regarding strontium-90, marine chemist Ken Buesseler from Woods Hole Oceanographic Institution said, “Our biggest concern right now is if some of the other isotopes such as strontium 90 which tend to be more mobile, get through these sediments in the ground water […] They are entering the oceans at levels that then will accumulate in seafood and will cause new health concerns.”

The study lists several ways to try and mitigate the contamination: Installing impermeable walls around the plant, pumping off the groundwater, using extraction pumps, and freezing the soil.

However, Buesseler said, “Any contamination in the groundwater would eventually flow into the ocean. That is very difficult to stop even with barriers.”

The AP writes that Buesseler’s research suggests “contaminated water from the reactor-turbine areas is already leaking into the sea.”

Americans must now ask themselves: would they eat seafood, or swim in Pacific waters contaminated with stronium-90? It’s a fair question, but the public will also require some fair answers – from those who are in position to give them.

Sooner or later, our governments will have to come clean with the public regarding the nuclear industry – arguably one of the biggest modern threats to our healthy existence on planet Earth.

Michael Snyder lays out a compelling case for US residents… 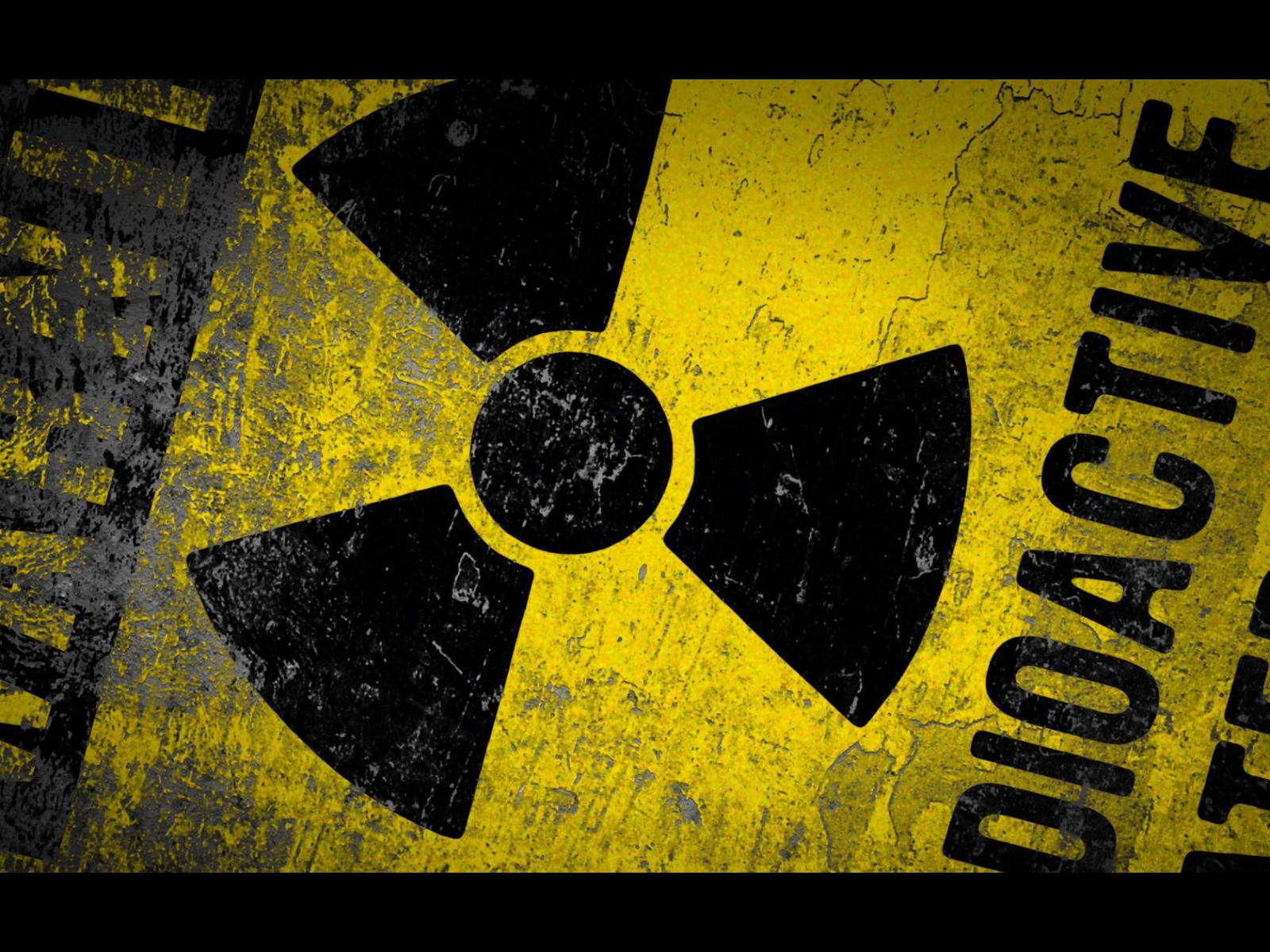 Multiple independent tests have confirmed that levels of nuclear radiation are being detected on California beaches that are more than 10 times the normal level. Many believe that this is the result of highly radioactive water from Fukushima that has crossed the Pacific Ocean and is now washing up on California beaches. Others are blaming the radiation spikes on “natural sources”, but they can never seem to identify what those natural sources actually are. If this radiation is from Fukushima, it is only going to get worse over time.

Every single day, another 300 tons of highly radioactive water gets released into the Pacific Ocean at Fukushima.  Some of these radioactive elements have half-lives of about 30 years, so the total amount of radioactive material in the Pacific is continually growing and it will be with us for a very long time.  As this highly radioactive water hits the west coast of the United States, a lot of that nuclear material will end up being deposited on our beaches.  As you will see below, there is evidence that this is already happening.

Scientists all over the world have told us to expect a radioactive ocean plume from Fukushima to hit our shores at some point in 2014.  For example, check out what researchers at the University of South Wales are saying…

“The first radioactive ocean plume released by the Fukushima nuclear power plant disaster will finally be reaching the shores of the United States some time in 2014, according to a new study from the University of New South Wales — a full three or so years after the date of the disaster.”

The following graphic comes from that study…

“Ocean simulations showed that the plume of radioactive cesium-137 released by the Fukushima disaster in 2011 could begin flowing into U.S. coastal waters starting in early 2014 and peak in 2016.”

Unfortunately, there are lots of signs that this radioactive plume has already arrived.

Recently, a video that was taken at Pacific State Beach (also known as Surfers Beach) went viral all over the Internet.  That video showed that radiation levels near the water on that beach are up to five times higher than normal background radiation.

Since that time, a number of other researchers have gone over there to confirm these findings.  For example, an electrical engineer with 40 years of experience went down to the beach and measured radiation levels that were about 14 times higher than normal…

“It’s not normal. I’ve never seen 400 cpm when I just wave my Geiger around.”

Weiss told the Half Moon Bay Review. “There has to be something radioactive for it to do that.”

And just today I was made aware of another video taken at “Surfers Beach” which showed a peak reading of 380 CPM (counts per minute).  That is more than 10 times above the normal level.  You can watch that video right here.

In addition, back on December 24th one researcher measured a peak reading of 412 CPM on that same beach…

All of these readings are extremely unusual.

In fact, one news crew actually discovered that radiation levels at Surfers Beach are actually 7 times higher than just outside an active nuclear power plant in Diablo Canyon.  Just check out the following video…

Unfortunately, the federal government continues to insist that everything is perfectly fine and that we don’t have anything to worry about.

So independent researchers have stepped up to fill the void.

As you can see from the latest NETC map, elevated levels of radiation have been detected in many cities across the western half of the United States.

The government says that there is no reason for alarm.

Others are not so sure.

When it comes to nuclear radiation, a little bit can go a long way.  Just because you can’t see it does not mean that it can’t seriously hurt you.

If you doubt this, just ask those that served on the USS Ronald Reagan when it went over to Japan in the immediate aftermath of the Fukushima disaster.  The following is an excerpt from a recent Ecowatch article…

“Senior Chief Michael Sebourn, a radiation-decontamination officer assigned to test the aircraft carrier, said that radiation levels measured 300 times higher than what was considered safe at one point. Meanwhile sailors like Lindsay Cooper have contrasted their initial and subsequent feelings upon seeing and tasting metallic “radioactive snow” caused by freezing Pacific air that mixed with radioactive debris.

“We joked about it: ‘Hey, it’s radioactive snow!” Cooper said. “My thyroid is so out of whack that I can lose 60 to 70 pounds in one month and then gain it back the next. My menstrual cycle lasts for six months at a time, and I cannot get pregnant.

Cooper said the Reagan has a multimillion-dollar radiation-detection system, but the crew couldn’t get it activated quickly enough.

“And then we couldn’t go anywhere,” she said. “Japan didn’t want us in port, Korea didn’t want us, Guam turned us away. We floated in the water for two and a half months.”

According to the New York Post, at least 70 members of the crew have been diagnosed with radiation sickness, and “at least half” of those have developed cancer…

“At least 70 have been stricken with some form of radiation sickness, and of those, “at least half . . . are suffering from some form of cancer,” their lawyer, Paul Garner, told The Post Saturday.

If radioactive material from Fukushima is washing up on our shores, don’t we deserve the truth?

Or is the government so concerned about “keeping us calm” that they will lie to our faces while thousands upon thousands of Americans slowly but surely develop cancer and other horrible illnesses?

For much more on how radiation from Fukushima is already affecting us, please see my previous article entitled “36 Signs The Media Is Lying To You About How Radiation From Fukushima Is Affecting The West Coast“.

Sadly, most Americans are totally clueless about all of this.

Most Americans just blindly believe whatever the mainstream media tells them to believe.

Should we be concerned about the radioactive water that is crossing the Pacific Ocean from Fukushima?