Amid calls to spread the wealth (among the elites in Davos) and for an end to violence in Ukraine, the Pope released his “peace” doves today to send a message of hope to the world. However, the callous claws of capitalism (in the form of a black crow) and the sullen shape of social unrest (in the form of a seagull) decided to send their own message. As the sad images below show, the peaceful dove had his feathers ruffled following the callous attack by the winged avengers… As one wit noted, rumors that the end is nigh are as yet unconfirmed (although if Nomura loses control of the USDJPY levitation, and it breaches the 102 support, all bets are off). 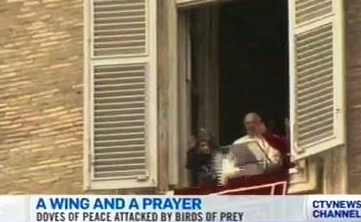 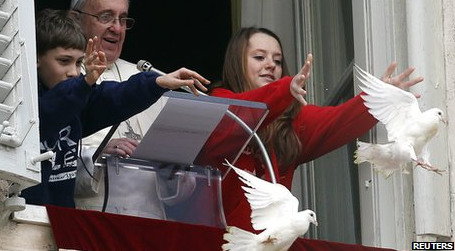 When the unthinkable happened… 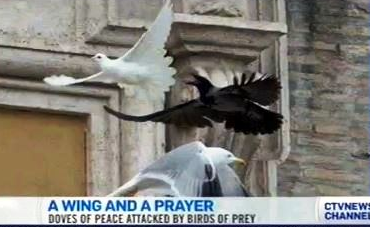 What’s the opposite of eating crow? 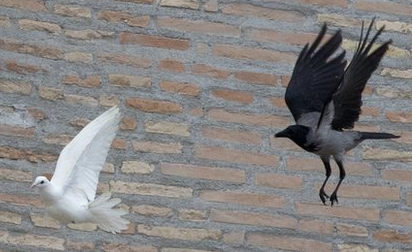 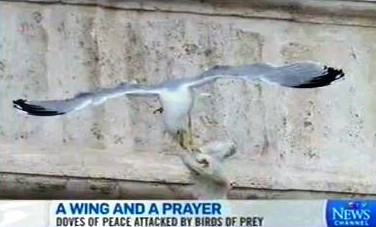 Two white doves that were released by children standing alongside Pope Francis as a peace gesture have been attacked by other birds.

As tens of thousands of people watched in St. Peter’s Square on Sunday, a seagull and a large black crow swept down on the doves right after they were set free from an open window of the Apostolic Palace.

One dove lost some feathers as it broke free from the gull. But the crow pecked repeatedly at the other dove.

It was not clear what happened to the doves as they flew off.

A message from above (or below) that wealth is better off in the hands of the 1%? You decide… 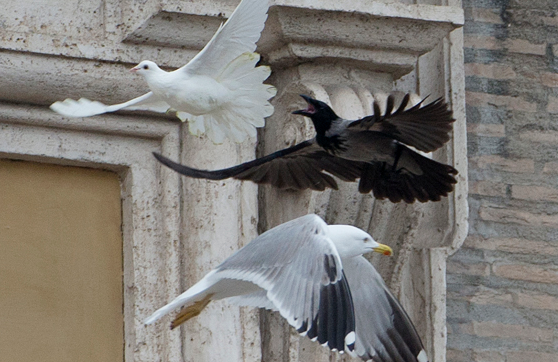