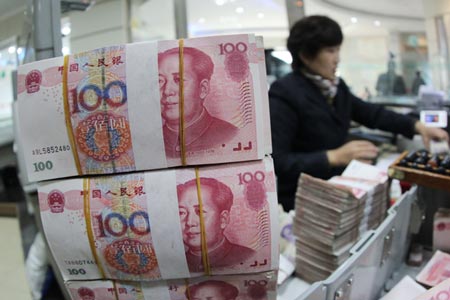 To attract deposits, many state banks in China have recently raised their deposit interests to a level 10% higher than the official rate, the maximum permitted by the floating-rate scheme, according to the Chinese-language Beijing Times.

China Construction Bank delegated in mid-January their first-tier provincial branches to hike the interest rates under the floating-rate scheme, even allowing the latter to further delegate the power to their subordinate city-level branches. In the past, only the head bank could raise deposit interest under the floating scheme for specific clients.

The Bank of Communications also boosted its deposit rates to the maximum permissible level in mid-Jan. for one-year or longer-term deposits of 30,000 yuan (US$4,960) or higher, lower than the previous threshold of 200,000 yuan (US$33,060).

People’s Bank of China, the central bank, kicked off the floating rate scheme for both deposits and loans in June 2012, at a maximum 10% over the benchmark rate.