– Why is a Gigantic War-Blimp About to Fly Above the Skies of Suburban Baltimore? (Liberty Blitzkrieg, Jan 23, 2014):

One of the most disturbing and relentless trends over the past several years has been the redirection of war technology and equipment from the battlefield abroad toward domestic use in the USA. This has resulted in a militarization of police across the nation and has encouraged small towns to use Department of Homeland Security (DHS) grants to purchase ridiculous items such as tanks.

Sadly, it appears this trend is only accelerating. With billions of dollars already spent, and failed wars abroad, the military-industrial complex needs to continue to generate cash flow. May as well just use it against the American people.

They will look like two giant white blimps floating high above I-95 in Maryland, perhaps en route to a football game somewhere along the bustling Eastern Seaboard. But their mission will have nothing to do with sports and everything to do with war.

The aerostats — that is the term for lighter-than-air craft that are tethered to the ground — are to be set aloft on Army-owned land about 45 miles northeast of Washington, near Aberdeen Proving Ground, for a three-year test slated to start in October. From a vantage of 10,000 feet, they will cast a vast radar net from Raleigh, N.C., to Boston and out to Lake Erie, with the goal of detecting cruise missiles or enemy aircraft so they could be intercepted before reaching the capital.

Interesting, I didn’t realize we were at war. When was the last time cruise missiles were shot into the United States?

Aerostats deployed by the military at U.S. bases in Iraq and Afghanistan typically carried powerful surveillance cameras as well, to track the movements of suspected insurgents and even U.S. soldiers.

Defense contractor Raytheon last year touted an exercise in which it outfitted the aerostats planned for deployment in suburban Baltimore with one of the company’s most powerful high-altitude surveillance systems, capable of spotting individual people and vehicles from a distance of many miles.

The Army said it has “no current plans” to mount such cameras or infrared sensors on the aerostats or to share information with federal, state or local law enforcement, but it declined to rule out either possibility. The radar system that is planned for the aerostats will be capable of monitoring the movement of trains, boats and cars, the Army said.

“No Current plans.” What a bunch of assholes. You know they can’t wait to attach an ARGUS surveillance system to these puppies.

“That’s the kind of massive persistent surveillance we’ve always been concerned about with drones,” said Jay Stanley, a privacy expert for the American Civil Liberties Union. “It’s part of this trend we’ve seen since 9/11, which is the turning inward of all of these surveillance technologies.”

The Army played down such concerns in written responses to questions posed by The Washington Post, saying its goal is to test the ability of the aerostats to bolster the region’s missile-defense capability, especially against low-flying cruise missiles that can be hard for ground-based systems to detect in time to intercept them.

The Army determined it did not need to conduct a Privacy Impact Assessment, required for some government programs, because it was not going to collect any personally identifiable information, officials said in their written responses to The Post.

Did the FISA court rubber stamp this assessment?

Technologies developed for battlefields — weapons, vehicles, communications systems — long have flowed homeward as overseas conflicts have ended. The battles that followed the Sept. 11 attacks have produced major advances in surveillance equipment whose manufacturers increasingly are looking to expand their use within the United States.

Aerostats — basically big balloons on strings — grew popular in Iraq and Afghanistan and also are used by Israel to monitor the Gaza Strip and by the United States to eye movement along southern border areas. Even a rifle shot through an aerostat will not bring it down, because the pressure of the helium inside nearly matches the pressure of the air outside, preventing rapid deflation.

So equipment used to control people in war zones are coming to America and there’s nothing to be concerned about?

The Defense Department spent nearly $7 billion on 15 different lighter-than-air systems between 2007 and 2012, with several suffering from technical problems, delays and unexpectedly high costs, the Government Accountability Office found in an October 2012 report.

“They are bringing this to the East Coast, close to Washington, to get the Pentagon guys and Congress to say, ‘Whoa, we could really use this,’ ” said Daniel Goure of the Lexington Institute, a military think tank with ties to the defense industry. “This is re-purposing. You’ve already spent the money.” 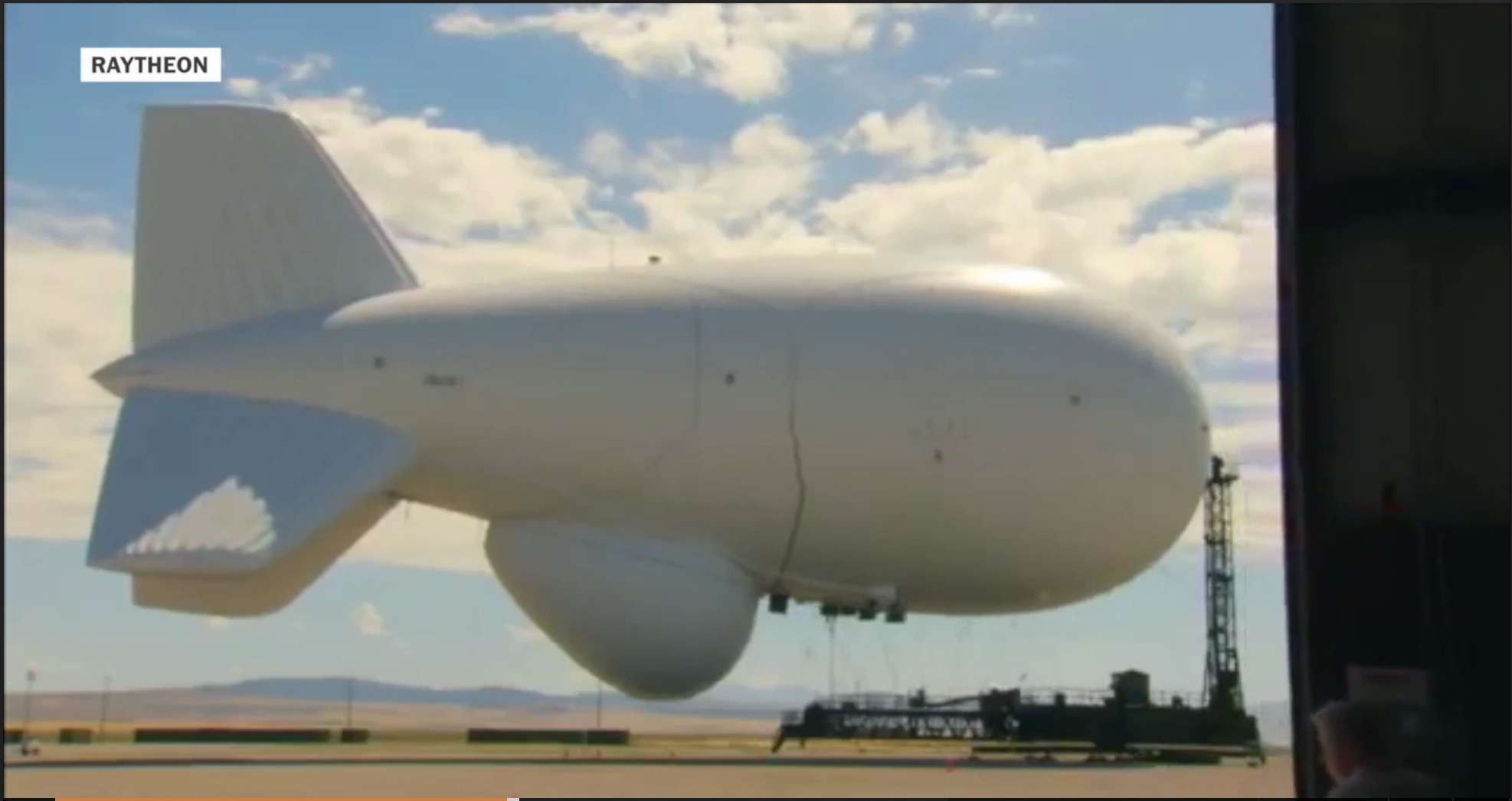