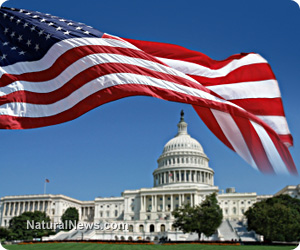 It is not a survey that bodes well for either the legitimacy of our leaders or, quite possibly, the future of our country.

Five years into the “hope and change” regime of Barack Obama – the American president who promised to deliver us to into the Promised Land – the country is more divided than ever and, what’s worse, the highest number of Americans now see big, bloated, all-powerful Uncle Sam as the single biggest threat to their future.

That’s according to a Dec. 5-8 survey by Gallup:

Seventy-two percent of Americans say big government is a greater threat to the U.S. in the future than is big business or big labor, a record high in the nearly 50-year history of this question. The prior high for big government was 65% in 1999 and 2000. Big government has always topped big business and big labor, including in the initial asking in 1965, but just 35% named it at that time.

In an era when one side of the political aisle in Washington loves to pit Americans against “big business,” that more of us are upset at the political system than the preferred whipping boy of “capitalism” is saying something.

Who’s responsible? Well, that much is debatable, perhaps, but what is clear is that the rising distrust of government has coincided with President Obama’s time in office.

Gallup says that since 2009 there has been “a steady increase in concern about big government.” That concern rose from 55 percent in March of 2009 to 64 percent in November 2011, and from there to its present 72 percent.

“This suggests that government policies specific to the period, such as the Affordable Care Act — perhaps coupled with recent revelations of government spying tactics by former NSA contractor Edward Snowden — may be factors,” says Gallup, in its analysis of the data.

Despite attempts to tar and feather – politically – big business, only 21 percent of Americans feel that that is the biggest threat; 5 percent – a record low – point to big labor.

Labor’s high point was pretty much the high point of its influence – 29 percent felt that it was the greatest threat to the country in 1965. But since 1995, as big labor’s influence (and union membership) has waned, so, too, has its threat factor. No more than 11 percent of Americans since the Clinton era have felt that big labor was the nation’s biggest threat.

For big business, its historically high anxiety level among the populace came in 2002, when 38 percent of Americans saw it as a threat. That figure coincided with a series of corporate scandals that had struck major corporations, including the Enron fiasco and Tyco. Also at about that same time, Americans might have been less willing to choose government due to a rally in support for government institutions and officials following the 9/11 attacks.

But that euphoria has decidedly dissipated:

Americans were also more likely to view big business as a big threat during the recent recession, with more than three in 10 choosing it in 2008 and 2009, a time when many large corporations, including financial and automotive companies, failed or were in danger of failing without government intervention. But fewer Americans now view big business as a threat — the current 21% is the lowest Gallup has measured since 1983.

Perhaps not surprisingly, when Democratic presidents have held office recently, the perception that government is the greatest threat has risen dramatically among Republicans. But the fact that the figure remains as high as it is suggests, clearly, that a sizable portion of Americans from all political walks – Left, Right and Independent – are highly concerned about Uncle Sam’s growing power and influence in our lives.