There has been much speculation recently about some immaculately conceived Spanish economic recovery. And while it has certainly sent the local Ibex stock market soaring, we fail to see any indication of such a recovery, at least in official economic data. The latest example being, of course, today’s European unemployment for November, which at the Euroarea level remained flat at 12.1%, which also is the all time record high following a prior revision. However, what is more troubling is that according to the official European statistics keeper, Spanish unemployment in November was 26.7%: tied for the all time high seen in October and hardly an indicator of some imminent economic renaissance. There is, of course, always December – that month in the New Normal when hiring really picks up. 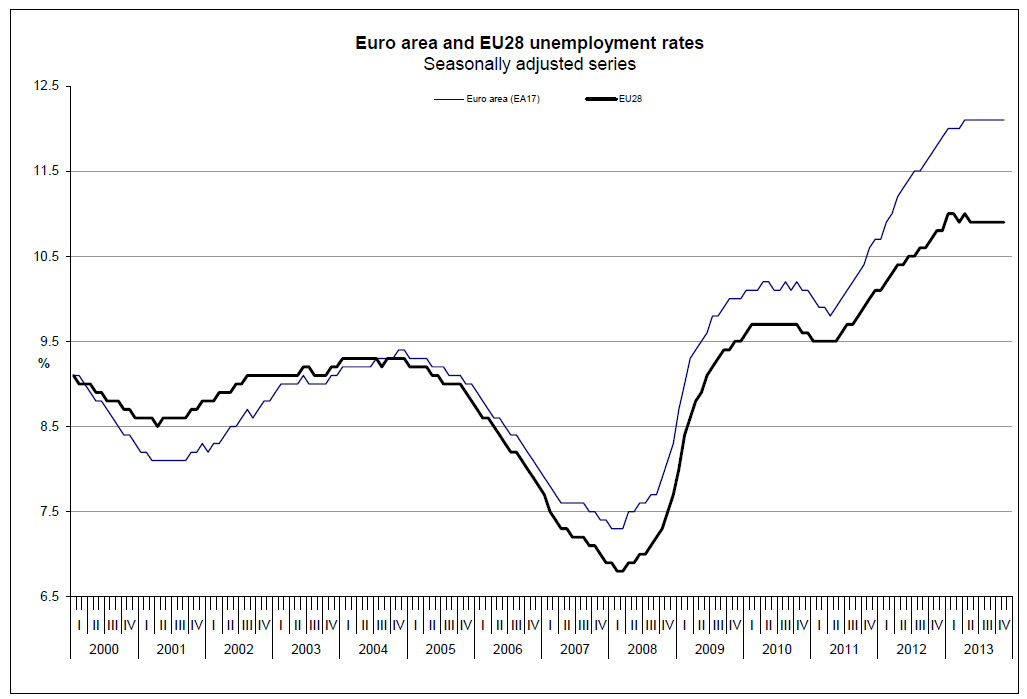 But where things get really bad is when one looks at Spain’s youth unemployment. At 57.7% in November, nearly two in three Spaniards under 25 had no job, and the nail in the coffin for the “recovery” is that this rate is now well above the latest update from Greece, where the youth unemployment was “only” 54.8% as of September. 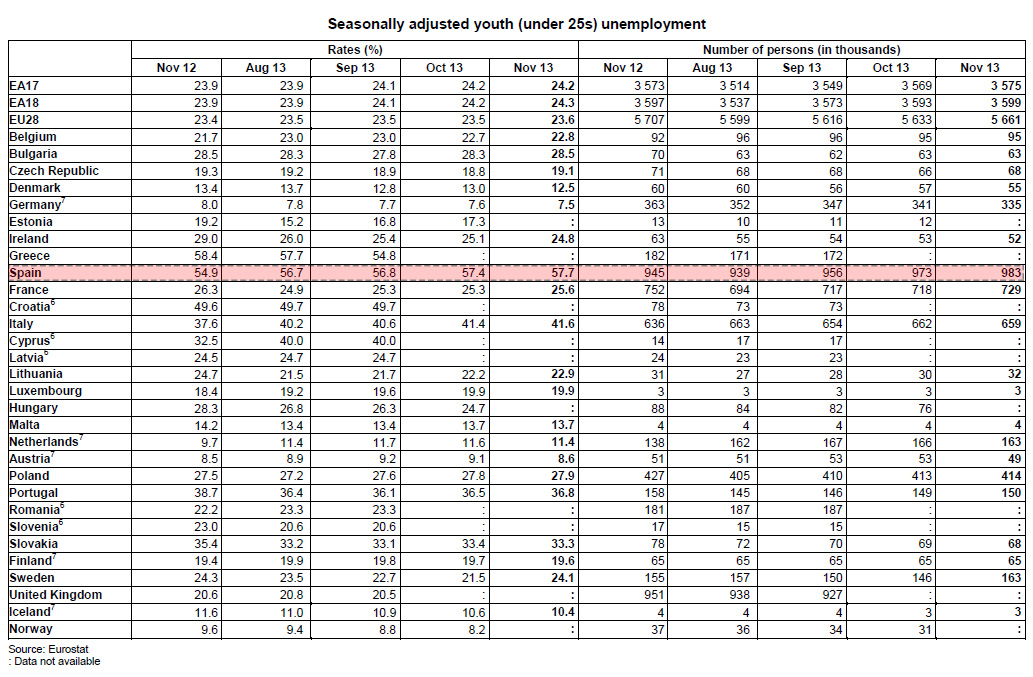 And now, buy Spanish bonds and stocks, because “the recovery.”