The US may be blanketed in freezing cold, but the UK is already preparing for what should be a hot, dry summer. Either that, or the request of London mayor Boris Johnson to distribute water cannon on the street of the capital may be an indication that at least some major municipal centers are preparing for a jump in civil disobedience and are looking for appropriate, “non-lethal” means to contain it. 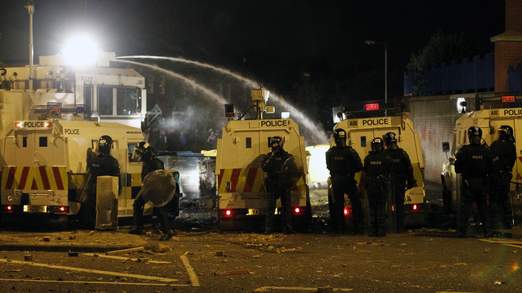 SkyNews reports that “the London Mayor says the weapons will be used only in “the most extreme circumstances”, however, there are fears the cannon could be deployed to break up small-scale legitimate protests. Mr Johnson says the water cannon are necessary in case there is a repeat of the summer riots of 2011.” 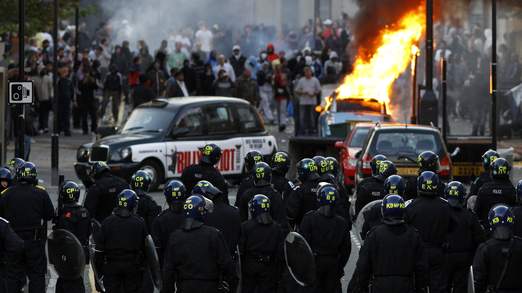 What happened in 2011? “The violent outbreaks and looting in cities across the country led David Cameron to warn that the machines could be used on the British mainland for the first time ever within 24 hours’ notice.”

The mayor has written a letter to the Home Secretary, Theresa May, who will be the one to make the decision on whether to licence the water cannon. For now the mayor’s request has been turned down:

There are plans to buy three water cannon at a cost of £30,000 each from German manufacturers, but Mrs May has turned down a request to pay for a Met Police weapon as a national asset.

The Metropolitan Police also mulled using water cannon during the student riots in London in 2010, however, Mrs May then said in the House of Commons: “I don’t think anyone wants to see water cannon being used on the streets of Britain.”

In the summer 4,000 Metropolitan Police officers attended training camps in Hampshire in how to use the water cannon so they could support their Northern Ireland counterparts ahead of the G8.

While water cannon has been used on the isles before, most notably in Northern Ireland for crowd control for some time, they have never been used on the British mainland. In his letter the mayor told Mrs May he was consulting the public and key figures on the use of the water cannon and was “broadly convinced” by the idea. He said: “Should the engagement plan reveal serious, as yet unidentified, concerns I will, of course, take these into consideration and share them with you before you make any decision to licence this non-lethal tool.”

“London Assembly member Jenny Jones said: “Would the Mayor have supported the deployment of water cannon against students protesting against their fees going up?”

What happens if the Commissioner wants to deploy water cannon but the Mayor doesn’t? Londoners need to know when and in what circumstances the Mayor would agree with the Met using this weapon.”

“Allowing water cannon on the streets of London is a step in the wrong direction towards arming our police like a military force, and it goes against our great tradition of an unarmed police service. People have a democratic right to protest and my fear is that once the Mayor allows these weapons onto our streets we will see them being used against people exercising their legal right to protest.”

A spokeswoman for the Mayor’s Office for Policing and Crime (MOPAC) said: “Since the riots in August 2011 the police and the independent Inspectorate of Constabulary have argued that water cannon should be available as one of a range of tools to respond to serious public disorder.

“This is supported by the vast majority of the public. MOPAC will now be undertaking a period of public engagement to get the views of Londoners, prior to any final decision to purchase water cannon.”

The opposition has been duly noted. And now we await the final decision which will be made in February. We anticipate smooth sailing for the first of many water cannons to take to streets of London.

1 thought on “Preparing For Civil Disobedience? London Mayor Wants Water Cannons In London By The Summer”