Earlier this week, in “Why The Turkish Government May Be The Casualty Of A $119 Billion PetroDollar Loophole” we said “dare to mess with the Petrodollar and the wrath of the US government will hunt you down… sooner or later.” Sure enough, after resulting in a Turkish government scandal, punishing its stock market and sending the Lira reeling, the blowback has reached Iran where billionaire Babak Zanjani was arrested yesterday on corruption charges, although in reality his chief transgression was allowing the Petrogold system to show that the Petrodollar is now longer irreplaceable. 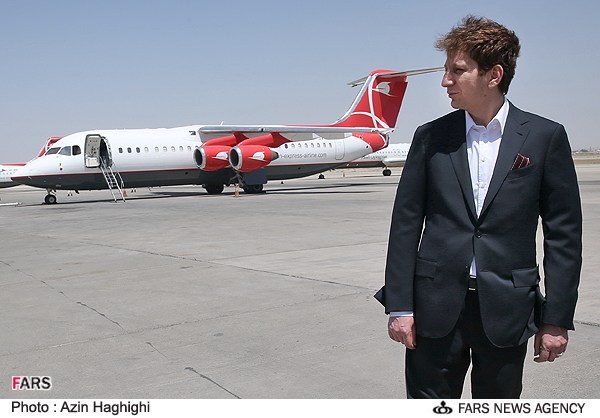 Iran’s PressTV reported that the Monday arrest comes after 12 Iranian lawmakers accused Babak Zanjani of corruption, calling for an inquiry into his financial activities in a letter to the heads of the three branches of the Iranian government. “Experts say Babak Zanjani’s estimated net worth is around USD 13.8 billion. The corporate mogul, aged nearly 40, owns and operates many holdings and companies, including the UAE-based Sorinet group, Qeshm Airlines and Rah Ahan Football Club in Iran.” According to Head of Iran’s Supreme Audit Court Amin-Hossein Rahimi, Zanjani’s role in the course of transferring the country’s oil revenues involved breach of law.

“After sanctions were imposed against the National Iranian Oil Company, Iran had to export oil and they gave Babak Zanjani the task of exporting some of this oil worth around USD 3.0003 billion. The problem is that they were supposed to get collateral from him by law and this was not done. This is a violation,” Rahimi said in a press conference.  Some other lawmakers believe Zanjani is part of a mafia that makes financial benefits out of the sanctions imposed against Iran. “Zanjani is not alone. There is a network of individuals. They are getting rich out of people’s misery caused by sanctions. There is corruption here,” said Iranian legislator Mohammad Reza Tabesh.

So, Zanjani was tasked to circumvent oil sanctions which he did for over a year, but now, for some inexplicable reason, he is arrested for not “getting collateral”?

Of course, that, however, is only half the story. For the full version we go to Turkey’s Cumhuriyet newspaper which last week explained the full extent of Zanjani’s “transgressions”, the bulk of which involved allowing Iran to avoid the Petrodollar and promoting Petrogold.

This is how the real story goes as explained by Bloomberg:

And seeing how Erdogan’s government is on the edge, and may fall any minute, that confidence appears misplaced, with the result being Zanjani’s arrest. What is unknown is whether his detention was merely Iran no longer needing his assistance to promote the usage of petrogold as a bypass of the petrodollar system now that the Iranian sanctions have been lifted. The only question we have is how much of Zanjani’s arrest was due to behind the scenes US influence making it clear that the Iranian detente will only take place – nuclear enrichment strawman forgotten – only if all those who made Petrogold possible are quitely put behind bars…