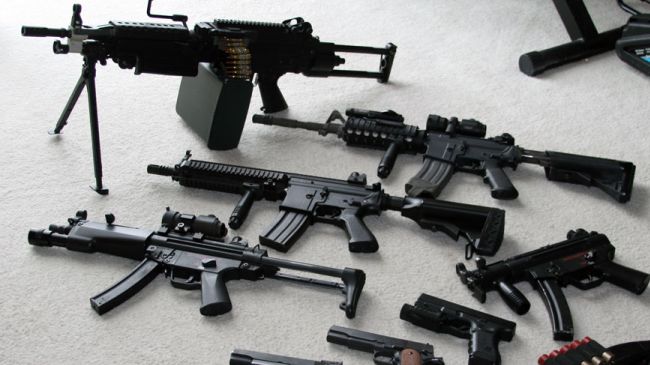 Sheriffs in the US state of Colorado refuse to enforce laws on gun control arguing that they are too vague and violate Second Amendment rights, a report says.

Colorado’s package of gun laws, enacted this year after mass shootings in Aurora, Colo., and Newtown, Conn., has been hailed as a victory by advocates of gun control. The laws mandate background checks for private gun transfers and outlaw magazines over 15 rounds.

Sheriffs in other states also have refused to enforce gun laws but they are in the minority, according to The New York Times, though no statistics exist.

The resistance of sheriffs in Colorado caused to two state senators who supported the legislation to be recalled in elections in September. Another senator also resigned last month rather than face a recall.

Eric Brown, a spokesman for Gov. John W. Hickenlooper of Colorado, however, has backed the gun laws, saying, “Particularly on background checks, the numbers show the law is working.”

Brown said the Colorado Bureau of Investigation has run nearly 3,500 checks on private sales since the law went into effect. The bureau also has denied gun sales to 70 people.

Last month, a Federal District Court judge ruled against a claim in the sheriffs’ lawsuit that the gun laws were unconstitutionally vague. The judge also said that while the sheriffs could sue as individuals, they had no standing to sue in their official capacity.

But the state’s top law enforcement officials said sheriffs had wide discretion in enforcing state laws. Lance Clem, a spokesman for the Colorado Department of Public Safety said, “We’re not in the position of telling sheriffs and chiefs what to do or not to do.”