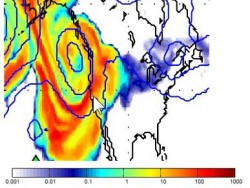 Recommendation: Adopt a Resolution urging the United Nations to form an International Independent Commission of Experts (IICE) to formulate a plan to reduce the radiation being released from the crippled Fukushima Daiichi Nuclear Power Plant, and instructing the City’s Health Department to research and inform the public regarding elevated risk from seafood and other Pacific basin products, and to educate the population of Berkeley regarding specific treatments for radiation exposure and have in place emergency procedures to administer treatment, if necessary, to mitigate radiation exposure. >> (View the resolution here) 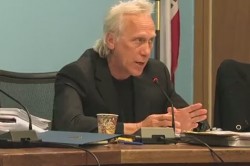 I did correspond with the Disaster Preparedness Office, locally, about any preventative measures — and the response was a resounding nothing.

I renewed my correspondence with them last week. I’ve yet to hear a response. […]

In the meantime, no one is monitoring radiation levels on the West Coast, and that is called for in this resolution. Government is not doing its job.