The Obama administration is going to close the US Embassy at The Holy See and move the offices over to the US Italian Embassy.

The administration says the Vatican office is unsafe.

Of course, this hasn’t stopped them before. The administration received several warnings that the Benghazi consulate was unsafe. 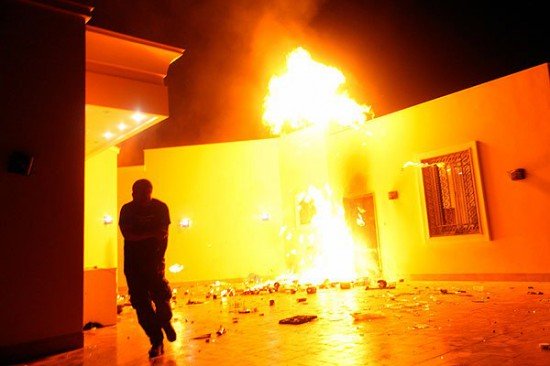 But they kept that consulate open – until it was destroyed by Al-Qaeda-linked terrorists.

But for some reason, the Obama administration wants to close the embassy doors at The Vatican.

The Obama administration has decided that the free-standing American embassy to the Holy See will soon be closed, and the offices for the Ambassador to the Vatican will be moved inside of our Italian Embassy.

As a part of the security reviews that followed the attacks on our embassy in Benghazi last year, State Department officials are now claiming that the current U.S. Embassy to the Holy See is no longer safe.

If their assessement is correct, then why not bolster security or simply move the Embassy to a new location instead of shutting it down? Are all ‘unsafe’ embassies being shut down too?

Moving our Ambassador to the Vatican inside of our Italian Embassy sends a clear message: the diplomatic post doesn’t matter much to the United States.

This afternoon I spoke with former Vatican Ambassador James Nicholson. He wanted me to tell CV readers:

“The State Department has for a long time wanted to do this. It came up when I was an ambassador. I explained the folly of this and it went away. But now they seem determined to do this. The perception is [with this action] that the United States is showing a lack of appreciation for the relevance of its diplomatic partner in the Vatican.”

Diplomatic relations between the United States and the Holy See suffered for generations because of rampant anti-Catholicism in our country. It took until 1984, twenty-four years after the election of a Catholic president, for President Ronald Reagan to officially create the first United States Ambassador to the Holy See.

President Reagan would quickly see the importance of the Holy See in international affairs. Reagan and Blessed Pope John Paul II formed a partnership that would lead to the downfall of Communism in Eastern Europe.

It is not immediately clear how many other embassies will close their doors due to safety concerns.

The NC Online has more.