– NYT: Barack Obama Just ‘Misspoke’ About Keeping Your Plan, Or Something 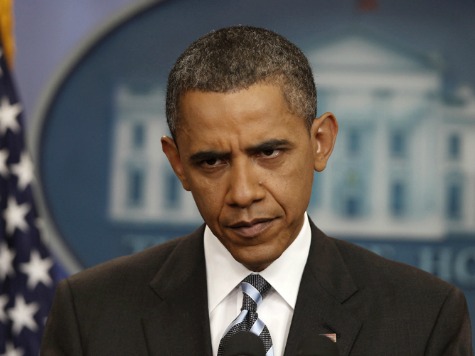 In a heartbreaking Wall Street Journal editorial, Edie Littlefield Sunby, a stage-four cancer survivor, details how ObamaCare cost her the health insurance Obama repeatedly promised she could keep, and how ObamaCare’s alternative plans don’t cover the doctors and facilities that have kept her alive. In response to her story, White House spokesman Dan Pfeiffer fired off a dismissive tweet that basically blames her for picking the wrong insurance:

The Real Reason That The Cancer Patient Writing In Today’s Wall Street Journal Lost Her Insurance http://t.co/b4Dx1Jq2ts via @TPHealth

The story linked in the White House tweet is a rapid response piece from the left-wing Think Progress (which is part of John Podesta’s Center for American Progress — a group dedicated to spinning the media).

According to the cold, robotic spin of Think Progress, because ObamaCare had absolutely nothing to do with it, it is only a coincidence that Sundby lost a health plan that she not only loved, but which kept her alive.

Pfeiffer’s tweet is just a repackaging of the White House’s attack on the millions of Americans who have already lost the insurance Obama repeatedly promised they could keep. You see, just like all of them, Ms. Sunby isn’t a victim of ObamaCare; she is really a victim of her own idiocy for buying such a shady, dubious, junk plan in the first place.

This is the world in which we now find ourselves — one where our government, Democrats, and their media allies steamroll cancer patients victimized by ObamaCare with heartless spin, lies, and propaganda — all in the hopes of it being good enough to keep the media at bay.

We are seeing the real face and the black heart of  the “Soylent Green Liberals” — those who are willing to grind up a few million innocent people to serve their cold concept of a  “greater good.”