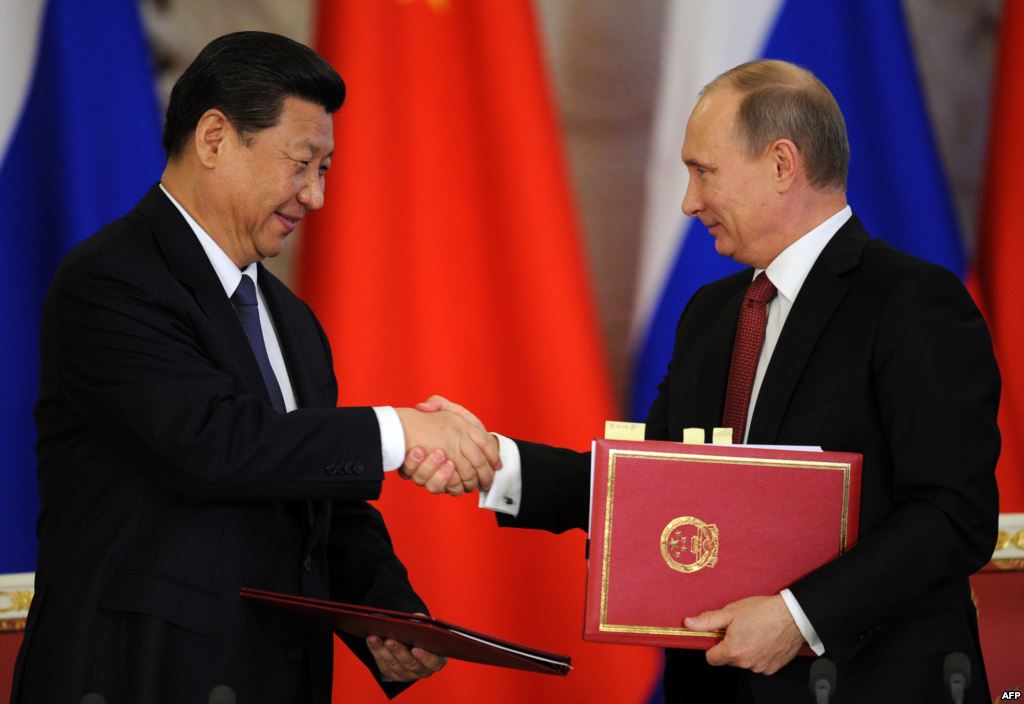 In March 2009, Secretary of State Hillary Clinton presented Russian Foreign Minister Sergei Lavrov with a red “reset button” to symbolize improved ties. The era of confrontation when American presidents demanded the tearing down of walls was over. From now on, we would make nice.

That was when Obama assured Medvedev he’d have more leeway after his re-election to weaken missile defense. This would help him achieve his dream of U.S. disarmament and bring about, as he expressed in Prague in 2009, “a world without nuclear weapons.”

Apparently the Russians and the Chinese do not share that dream. On Wednesday, Russian strategic forces carried out a large-scale surprise military drill that included the test launch of two land-based intercontinental ballistic missiles and two submarine-launched ballistic missiles.

To placate Moscow, Obama has already betrayed our allies in Poland and the Czech Republic by abandoning plans to deploy ground-based interceptors and missile defense in those countries.

Our Chinese friends have also noticed that the famous “reset” button has been replaced with one marked “easy.” China’s military carried out on July 24 a third test of a long-range DF-31A road-mobile ballistic missile capable of hitting the U.S. with nuclear warheads.

According to a recently published report by the Air Force National Air and Space Intelligence Center, “China has the most active and diverse ballistic missile development program in the world.”

It is indeed formidable. China’s sub fleet is reportedly the world’s second-largest, with about 70 vessels. About 10 are nuclear-powered, and four or more of those are nuclear ballistic submarines.

In 2010, the Type 094 Jin class entered the service. It is capable of launching 12 to 16 JL-2 missiles with a range of about 8,700 miles, covering much of the continental U.S. with single or multiple independently targetable re-entry vehicle warheads.

What was chilling about the reports is that they included photos and graphics detailing, among other things, damage projections for Seattle and Los Angeles after being hit by Chinese nuclear warheads and the deadly radiation that would spread all the way to Chicago.

“The 12 JL-2 nuclear warheads carried by one single Type 094 SSBN can kill and wound 5 million to 12 million Americans,” the Global Times reported.

“If we launch our DF 31A ICBMs over the North Pole,” the paper added, “we can easily destroy a whole list of metropolises on the East Coast and the New England region of the U.S., including Annapolis, Philadelphia, New York, Boston, Portland, Baltimore and Norfolk, whose population accounts for about one-eighth of America’s total residents.”

Clearly the Russians and the Chinese are not dreaming of a world without nuclear weapons, just of one without American resistance to their ambitious plans.