Two months ago we reported that Obama had officially declared war on the weather, after it was reported that he was ready to use “administrative authority” to fight climate change. While at the time it was not quite clear just what authority he had to unleash centrally-planned weather, today we finally got a glimpse of how Obama’s biggest war yet would look like.

As Washington Times reports, “President Obama issued an executive order Friday directing a government-wide effort to boost preparation in states and local communities for the impact of global warming. The action orders federal agencies to work with states to build “resilience” against major storms and other weather extremes. For example, the president’s order directs that infrastructure projects like bridges and flood control take into consideration climate conditions of the future, which might require building structures larger or stronger — and likely at a higher price tag.”

In other words, following the epic Syrian fiasco, whose primary intention was to boost the US budget deficit as a result of a localized war, and allow Bernanke more debt issues to monetize, Obama now has decided to unleash a very expensive, and very much debt-funded war against the greatest enemy of all: the weather.

The article goes on:

“The impacts of climate change — including an increase in prolonged periods of excessively high temperatures, more heavy downpours, an increase in wildfires, more severe droughts, permafrost thawing, ocean acidification and sea-level rise — are already affecting communities, natural resources, ecosystems, economies and public health across the nation,” the presidential order said. “The federal government must build on recent progress and pursue new strategies to improve the nation’s preparedness and resilience.”

There’s no estimate of how much the additional planning will cost. Natural disasters including Superstorm Sandy cost the U.S. economy more than $100 billion in 2012, according to the administration.

Well, the more the merrier. Since interest costs in the New Normal are not an issue as long as the Marriner Eccles politburo is around, debt is wealth, and the more debt the US incurs to comply with Obama’s latest executive order, the better.

Sure enough, as a result of this idiotic development, it is best to have very lofty aspirations, of the variety that come in 9 or more digits: after all, since nobody can quantify “climate change” may as well unleash the most ridiculous numbers conceivable.

The White House is also setting up a task force of state and local leaders to offer advice to the federal government, with several Democratic governors having agreed to serve and at least one Republican governor, from the U.S. territory of Guam.

Mr. Obama has a goal of reducing U.S. greenhouse gas emissions by 17 percent by 2020, and the Environmental Protection Agency is working on rules that would impose tougher regulations on coal-burning power plants. But much of the president’s climate-change agenda has stalled in Congress, and the administration says the new order recognizes that global greenhouse gas emissions are still rising, making further damage from global warming inevitable. 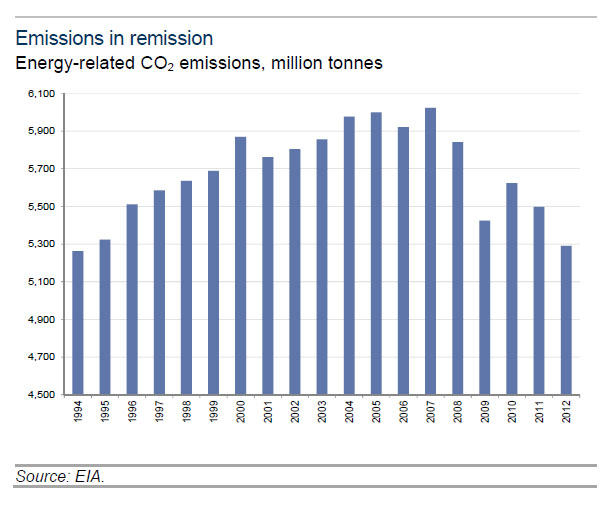 But since when did an autocrat, whose only concern is pandering to his populist, Obamaphone-equipped electorate, while spying on the middle class and doing the bidding of Wall Street, care about the facts?

Damn right: however the “action in question has nothing to do with spending trillions to prepare for a crisis that may come long after the Federal Reserve has destroyed western civilization, but rather to overthrow a corrupt, oligarchic, self-serving system, in which the middle-class, once the backbone of a great nation, is being forced into extinction by its “elected” representatives through the most subversive form of wealth transfer in the Fed’s 100 years of existence.

– Record Cold Temperatures In Macedonia – People Are Freezing To Death

– Romania: Cut Off Villages Supplied With Emergency Food By Military Planes And Police Helicopters – People Have To Cut Tunnels Through 15 Feet (4 Meters) Of Snow To Get Out Of Their Homes

– ‘Code Red For Agriculture In Tuscany’ (Libero): Loss Rates Of Up To 50 Percent!

– Europe: Big Freeze Death Toll Rises Past 550 – Tens Of Thousands Of People Cut Off – State of Emergency Declared In Montenegro After Blizard Dumps Another 2 Meters of Snow In 24H

– Hungary: Villagers Scramble ‘For Coal With Their Bare Hands’ In Europe’s Big Chill

– Snow Chaos In ROMANIA: Army Called In To Save Trapped Travellers, -20C Expected

– Snow In The Sahara Desert (Video)

– Alaska: Anchorage On Track For Snowiest Winter On Record