The real green light for gold:

When the markets will be functioning again & when the gold and silver manipulations will have ended. 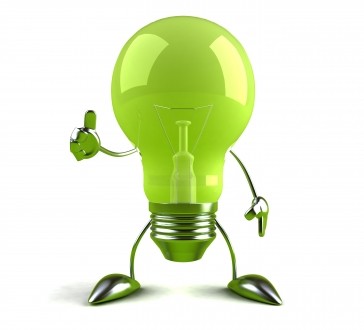 It is rare that investors are given a road map. It is rarer still that the vast majority of those who get it are unable to understand the clear signs and directions it contains. When this happens the few who can actually read the map find themselves in an enviable position. Such is currently the case with gold and gold-related investments.

The common wisdom on Wall Street is that gold has seen the moment of its greatness flicker. This confidence has been fueled by three beliefs:  A) the Fed will soon begin trimming its monthly purchases of Treasury and Mortgage Backed Securities (commonly called the “taper”), B) the growing strength of the U.S. economy is creating investment opportunities that will cause people to dump defensive assets like gold, and C) the renewed confidence in the U.S. economy will shore up the dollar and severely diminish gold’s allure as a safe haven. All three of these assumptions are false. (Our new edition of the Global Investor Newsletter explores how the attraction never dimmed in India).

Recent developments suggest the opposite, that:

A) the Fed has no exit strategy and is more likely to expand its QE program than diminish it,

B) the U. S. economy is stuck in below-trend growth and possibly headed for another recession

C) America’s refusal to deal with its fiscal problems will undermine international faith in the dollar.

Parallel confusion can be found in Wall Street’s reaction to the debt ceiling drama (for more on this see my prior commentary on the Debt Ceiling Delusions). Many had concluded that the danger was that Congress would fail to raise the ceiling. But the real peril was that it would be raised without any mitigating effort to get in front of our debt problems. Of course, that is just what happened.

These errors can be seen most clearly in the gold market. Last week, Goldman Sachs, the 800-pound gorilla of Wall Street, issued a research report that many read as gold’s obituary.The report declared that any kind of agreement in Washington that would forestall an immediate debt default, and defuse the crisis, would be a “slam dunk sell” for gold. Given that most people never believed Congress would really force the issue, the Goldman final note to its report initiated a panic selling in gold. Of course, just as I stated on numerous radio and television appearances in the day or so following the Goldman report, the “smartest guys in the room” turned out to be wrong. As soon as Congress agreed to kick the can, gold futures climbed $40 in one day.

Experts also warned that the dollar would decline if the debt ceiling was not raised. But when it was raised (actually it was suspended completely until February 2014) the dollar immediately sold off to a 8 ½ month low against the euro. Ironically many feared that failing to raise the debt ceiling would threaten the dollar’s role as the world’s reserve currency. In reality, it’s the continued lifting of that ceiling that is undermining its credibility.

The markets were similarly wrong-footed last month when the “The Taper That Wasn’t” caught everyone by surprise. The shock stemmed from Wall Street’s belief in the Fed’s false bravado and the conclusions of mainstream economists that the economy was improving. I countered by saying that the signs of improvement (most notably rising stock and real estate prices) were simply the direct results of the QE itself and that a removal of the QE would stop the “recovery” dead in its tracks. Despite the Fed surprise, most people still believe that it is itching to pull the taper trigger and that it will do so at its earliest opportunity (although many now concede that it may have to wait until this political mess is resolved). In contrast, I believe we are now stuck in a trap of infinite QE (which is the theme of my Newsletter issued last week).

The reality is that Washington has now committed itself to a policy of permanent debt increase and QE infinity that can only possibly end in one way: a currency crisis. While the dollar’s status as reserve currency, and America’s position as both the world’s largest economy and its largest debtor, will create a difficult and unpredictable path towards that destination, the ultimate arrival can’t be doubted. The fact that few investors are drawing these conclusions has allowed gold, and precious metal mining stocks, to remain close to multi year lows, even while these recent developments should be signaling otherwise. This creates an opportunity.

Gold moved from $300 to $1,800 not because investors believed the government would hold the line on debt, but because they believed that the U.S. fiscal position would get progressively worse. That is what happened this week. By deciding to once again kick the can down the road, Washington did not avoid a debt crisis. They simply delayed it. That is why I tried to inform investors that gold should rally if the debt limit were raised.Instead most investors put their faith in Goldman Sachs.

Investors should be concluding that America will never deal with its fiscal problems on its own terms. In fact, since we have now redefined the problem as the debt ceiling, rather than the debt itself, all efforts to solve the real problem may be cast aside. It now falls on our nation’s creditors to provide the badly needed financial discipline that our own elected leaders lack the courage to face. That discipline will take the form of a dollar crisis, which will morph into a sovereign debt crisis. This would send U.S. consumer prices soaring, push the economy deeper into recession, and exert massive upward pressure on U.S. interest rates. At that point the Fed will have a very difficult decision to make: vastly expand QE to buy up all the bonds that the world is trying to unload (which could crash the dollar), or to allow bonds to fall and interest rates to soar (thereby crashing the economy instead).

The hard choices that our leaders have just avoided will have to be made someday under far more burdensome circumstances. It will have to choose which promises to keep and which to break. Much of the government will be shut down, this time for real. If the Fed does the wrong thing and expands QE to keep rates low, the ensuing dollar collapse will be even more damaging to our economy and our creditors. Sure, none of the promises will be technically broken, but they will be rendered meaningless, as the bills will be paid with nearly worthless money.

In fact, the Chinese may finally be getting the message. Late last week, as the debt ceiling farce gathered steam in Washington, China’s state-run news agency issued perhaps its most dire warning to date on the subject: “it is perhaps a good time for the befuddled world to start considering building a de-Americanized world.” Sometimes maps can be very easy to read. If the dollar is doomed, gold should rise.

– 9 Signs That China Is Making A Move Against The U.S. Dollar

– China Imports Over 2,000 Tons Of Gold In Last Two Years