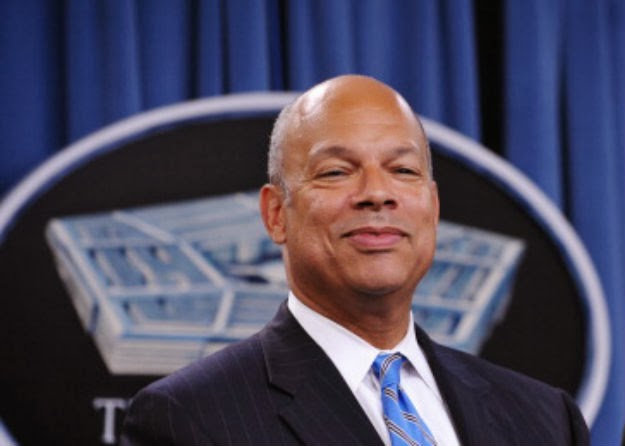 “Our country will, at some point, face a major cyber-event that will have a serious effect on our lives, our economy, and the everyday functioning of our society,” says Napolitano in remarks prepared for her farewell speech today, Bloomberg Businessweek reports. (source)

Her second statement was an attempt at wit by suggesting that her replacement should bring a “large bottle of Advil.” Well, rumor has it that Obama is about to announce his suggestion for head of Department of Homeland Security, and the selection implies that we would all do well to start lining up our painkillers of choice.

Since Obama has repeatedly used his knowledge of Constitutional law to do everything in his power to circumvent it, then it is appropriate to see him choose a former Defense Department attorney, Jeh Johnson, as the new Secretary of Homeland Security.

“The President is selecting Johnson because he is one the most highly qualified and respected national security leaders, having served as the senior lawyer for the largest government agency in the world,” said a White House official.

The official said that during his tenure at the Defense Department, Johnson exhibited “sound judgement” and provided “prior legal review and approval of every military operation approved by the President and Secretary of Defense.”

These military operations would of course include the support and legal maneuverings to permit targeted killings with drones sans judge, jury, or Congressional oversight. He prefers military tribunals to civilian court. This actually makes him a real killer in addition to a killer of the Constitution.

As USA Today goes on to report, Johnson also has special qualifications to handle that headache-inducing threat that Janet Napolitano warned us about:

His specialties include cybersecurity, officials said.

It also appears that Obama is looking to keep it in the family, choosing to protect and support his and his party’s interests rather than present an independent voice in the critical areas of national security and preservation of civil liberties post 9/11. In lieu of Obama’s recent military purge, this is a further ominous development. Here is Johnson’s full pedigree.

An early political supporter of Obama, Johnson — a native of Wappingers Falls, N.Y. — also served as general counsel to the Air Force during the President Bill Clinton administration. He has worked as an assistant U.S. attorney in New York and as a private attorney in the Manhattan firm of Paul, Weiss, Rifkind, Wharton and Garrison.

Seems like the perfect candidate to re-write and administer new laws and regulations for the Internet following that “guaranteed” cyber attack, while ensuring that America’s special brand of military rule continues unchallenged abroad and at home.