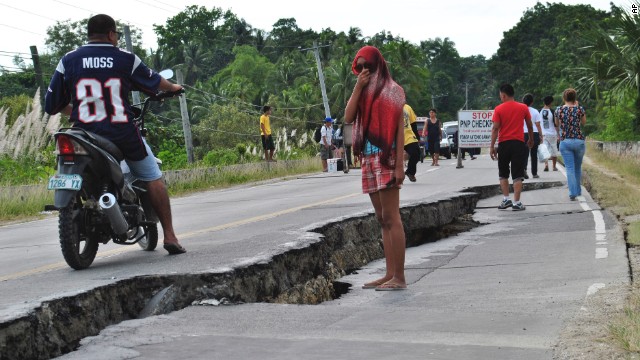 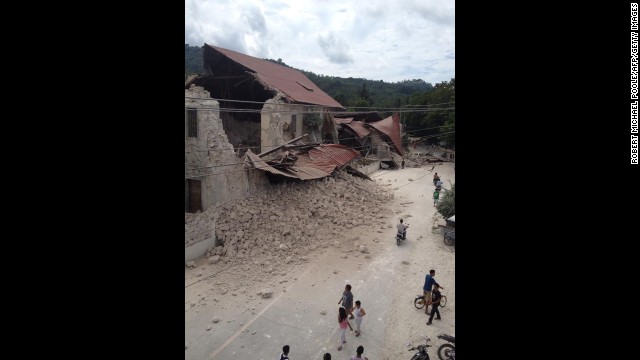 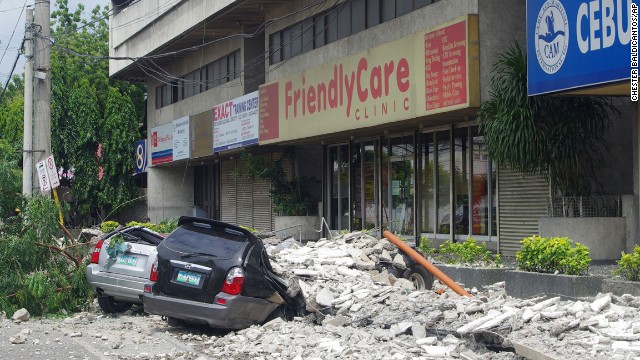 CEBU, Philippines (AP) — The death toll from a 7.2-magnitude earthquake that struck the central Philippine island of Bohol on Tuesday rose to 93, as rescuers struggled to reach patients in a collapsed hospital. Centuries-old stone churches crumbled and wide areas were without power.

Bohol police chief Dennis Agustin said 77 of the deaths came from the province. At least 15 others died in nearby Cebu province and another on Siquijor Island.

The quake struck at 8:12 a.m. and was centered about 20 miles below Carmen city, where many small buildings collapsed.

Many roads and bridges were reported damaged, making rescue operations difficult. But historic churches dating from the Spanish colonial period suffered the most. Among them was the country’s oldest, the 16th-century Basilica of the Holy Child in Cebu, which lost its bell tower.

A magnitude-7.1 earthquake struck the central Philippines on Tuesday, leaving at least 67 people dead and 164 more injured, and rattling many who were celebrating a religious holiday.The quake, which struck early in the morning, crumbled a number of buildings and sent panicked people streaming into the streets, witnesses said.

The bulk of the casualties — 57 deaths and 104 injuries — came in Bohol province. At least nine were killed in Cebu province and one died in the province of Siquijor, according to a report from the National Disaster Risk Reduction and Management Council.

Most of those killed were hit by falling rubble

At least 33 people were missing, and authorities were checking into reports of people trapped in collapsed buildings in Cebu and Bohol, the agency reported.

Landslides were reported in Cebu, according to the disaster council, which also reported stampedes at two venues in that province, as well as damage to a port terminal, an airport tower, a fish port, a public market, schools, churches, hospitals, bridges, roads, government buildings and residences across Bohol, Cebu and outlying areas.

Power was restored to most affected areas, except Bohol province and a portion of the city of Iloilo, the report said.

The quake was centered about 620 kilometers (385 miles) south-southeast of Manila, near Catigbian, and its depth was 20 kilometers (12 miles), according to the U.S. Geological Survey. The Philippines disaster council gave the temblor a slightly higher rating, 7.2 magnitude, than the USGS.

Maryann Zamora, a communications specialist with the charity World Vision, reported seeing glass and concrete in the streets of the city of Cebu, about 60 kilometers north of the epicenter.

“Right now we are in the streets because it is unsafe to be inside,” she said by phone, her voice shaking as one of more than 10 aftershocks hit. “Tell everyone to pray for us.”

Tuesday was a national holiday — the beginning of the Muslim festival of Eid al-Adha.

There was no widespread threat of a tsunami, the Pacific Tsunami Warning Center said, but it warned that earthquakes this large can sometimes cause tsunamis within 100 kilometers of the epicenter.

Catigbian, which has a population of 23,000, is in the province of Bohol.

Tourist Robert Michael Poole said he was riding a bike in Bohol when the earthquake struck and cracked the road right in front of him.

Poole said he was able to move around and document some of the destruction, including a giant church that was decimated.

“Lucky thing is that it is a holiday here today and it happened at a time when nobody was in the church,” Poole said.