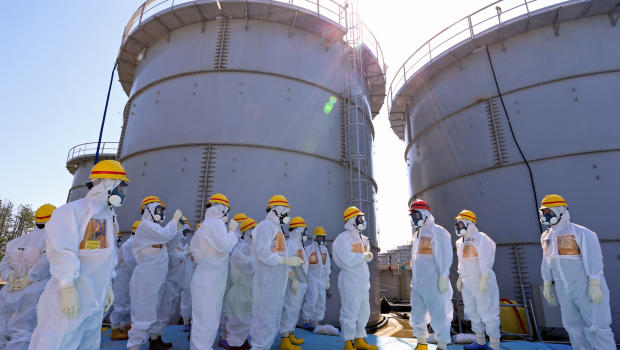 Prime Minister Shinzo Abe said Japan is open to receiving overseas help to contain widening radioactive water leaks at the crippled nuclear plant in Fukushima, with leaks and mishaps reported almost daily.Abe made the comments Sunday in a speech at an international science forum in Kyoto in western Japan.

“We are wide open to receive the most advanced knowledge from overseas to contain the problem,” Abe said in his English speech to open the conference on energy and environment.

“My country needs your knowledge and expertise,” he said.

Despite Abe’s reassurances to the International Olympic Committee last month that the leaks were “under control,” many Japanese believe he was glossing over problems at the plant.

Abe did not say whether he still thinks the leaks are under control, or give any specifics about foreign participation.

His comments come just days after the plant’s operator acknowledged that highly contaminated water spilled from a storage tank as workers tried to fill it to the top.

Officials have acknowledged that the groundwater contaminated with radioactive leaks has been seeping into the Pacific since soon after meltdowns following the March 2011 earthquake and tsunami. Recent leaks from storage tanks have added to public concerns.

Japan has been criticized for its perceived reluctance in accepting foreign assistance to fight the problems at the plant, where the ongoing water leaks are hampering decommissioning work that is expected to last decades.

Japan recently set up an organization among major utilities and nuclear experts to discuss decommissioning, including several advisers from countries including France, Britain and Russia.

The industry and trade ministry last month started accepting project proposals from private companies and groups to tackle the contaminated water problem, but an English version was added only after criticisms that the Japanese-only notice signaled exclusion of foreign participation.