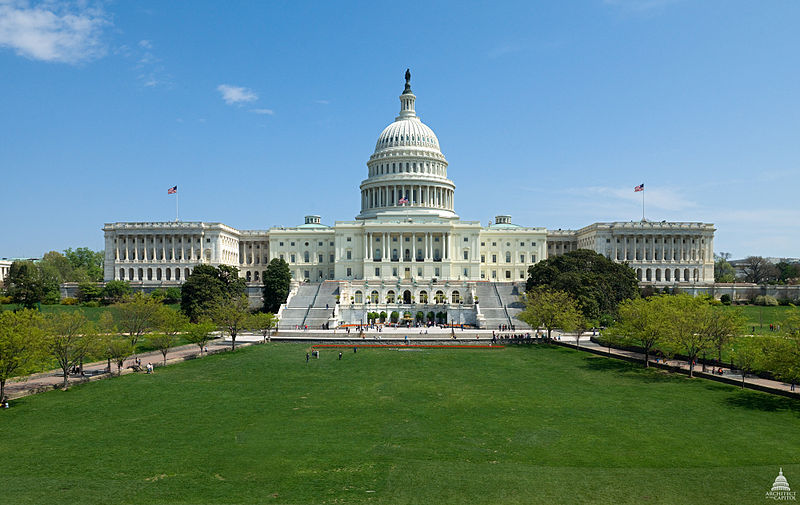 All of this whining and crying about a “government shutdown” is a total joke.  You see, there really is very little reason why this “government shutdown” cannot continue indefinitely because almost everything is still running.  63 percent of all federal workers are still working, and 85 percent of all government activities are still being funded during this “shutdown”.  Yes, the Obama administration has been making a big show of taking down government websites and blocking off the World War II Memorial, but overall business in Washington D.C. is being conducted pretty much as usual.  It turns out that the definition of “essential personnel” has expanded so much over the years that almost everyone is considered “essential” at this point.  In fact, this shutdown is such a non-event that even referring to it as a “partial government shutdown” would really be overstating what is actually happening.

The following are 36 facts which prove that almost everything is still running during this government shutdown:

#1 According to U.S. Senator Rand Paul, 85 percent of all government activities are actually being funded during this “government shutdown”.

#2 Approximately 1,350,000 “essential” federal employees will continue to work during this “government shutdown”.

#3 Overall, 63 percent of the federal workforce will continue to work during this “government shutdown”.

#4 The U.S. Postal Service will continue to deliver our mail.

#5 U.S. military personnel will remain on duty and will continue to get paid.

#6 Social Security recipients will continue to get their benefits.

#7 Medicare recipients will continue to get their benefits.

#8 Medicaid recipients will continue to get their benefits.

#9 Food stamp recipients will continue to get their benefits.

#10 Those on unemployment will continue to get their benefits.

#11 Federal retirees will continue to get their pensions.

#12 The federal school lunch program has enough money to go through at least the end of this month.

#13 Public schools all over the country will continue to stay open.

#16 The Supreme Court will continue to operate normally and federal courts have enough money to keep going for at least two weeks.

#17 TSA employees will continue to molest travelers at our airports.

#18 Air traffic controllers will continue to monitor traffic at our airports.

#19 Hopelessly outmanned border patrol agents will continue to try to stem the tide of illegal immigration.

#20 Visas and passports will continue to be issued by the State Department.

#21 The Veterans Administration will continue to offer substandard medical services, and it will be able to continue processing benefit payments at least for now.

#22 The Obama administration apparently has plenty of money to spend on closing open-air memorials that are usually open to the public 24 hours a day.

#23 The Department of Defense announced the awarding of 94 new contracts worth a combined total of more than 5 billion dollars on September 30th – the day right before the “government shutdown”.

#24 The “government shutdown” has not prevented the new two billion dollar NSA spy center from opening up.

#26 Amtrak trains will continue to run.

#27 The Patent and Trademark Office will be open.

#28 The Consumer Product Safety Commission will continue to issue product recalls if the products “create an immediate threat to the safety of human life“.

#29 The National Weather Service and the National Hurricane Center will continue to track weather patterns.

#30 If the federal government needs to respond to a natural disaster, this “shutdown” will not affect that.

#31 NASA will continue to support the Mars Rover and the two American astronauts up on the International Space Station.

#32 All city employees of the D.C. government have been deemed “essential” and will continue to go to work.

#33 Even though the Obamacare exchanges are not working properly, people will still be able to access them.

#34 The IRS will continue to collect taxes, but it will be suspending punitive audits of conservative organizations.

#35 Barack Obama will continue to get paid for the full duration of this “shutdown”.

#36 The U.S. Congress will continue to get paid for the full duration of this “shutdown”.

Of course not everything is operating normally during this government shutdown.  Government parks are closed.  The EPA and the Department of Energy have almost totally closed up shop.  But overall, most Americans are not going to notice much of a difference.

And perhaps now is a good time for the American people to evaluate whether or not they actually need a gigantic federal government that wastes enormous mountains of our money.

For example, our federal government recently spent $98,670 to construct a single outhouse in Alaska.

That is more than a lot of Americans pay for their entire houses.

For many more examples like this, please see my previous article entitled “The Waste List: 66 Crazy Ways That The U.S. Government Is Wasting Your Hard-Earned Money“.

It is about time that Washington D.C. started experiencing some of the “belt-tightening” that the rest of the country has been going through.  For far too long, the fatcats in D.C. have been living in an alternate reality where they have been able to live the high life at our expense.  A recent blog post by Daniel Greenfield discussed how this shutdown is going to affect the alternate reality that the Obamas have been living in…

The government shutdown has forced Obama to make do with only a quarter of his 1,701 person staff. That would leave 436 “vital” employees. The 90 people who look after his living quarters would be slashed to 15 to “provide minimum maintenance and support”.

Buckingham Palace, which is twelve times the size of the White House and has its own clockmaker, only has an 800 person staff. King Harald V of Norway and his court make do with 152 staffers. King Carl XVI Gustaf of Sweden gets by with 203.

Presidents have fought wars and made peace, explored and annexed vast territories and built a nation out of a handful of colonies with fewer senior staffers than are needed to handle Michelle Obama’s Twitter account.

Oh the humanity!  Will Michelle Obama ever tweet again?  And how will the White House continue to function without at least one projectionist on duty at the White House 24 hours a day?

No wonder Barack Obama is so upset about this shutdown.

In the end, this shutdown could turn out to be very good for America.  We have a government that is wildly out of control and that desperately needs to be reigned in.

During the Obama administration, federal debt held by the public has risen by 90 percent, and overall federal government spending has risen by a whopping 317 percent since 1990.

So is it really a bad thing that the federal government has been forced to cut back for a little while?

Our politicians can whine and cry all they want.  They won’t be getting any sympathy from me.