– This is What Supreme Court Justice Antonin Scalia Thinks About Your Privacy Rights… (Liberty Blitzkrieg, Sep 26, 2013):

Supreme Court Justice Antonin Scalia spoke yesterday at the Northern Virginia Technology Council’s (NVTC) Titans breakfast gathering in McLean, Virginia. He discussed the fact that prior to a Supreme Court decision in 1967, there were no constitutional prohibitions on wiretaps because conversations were not explicitly granted privacy protection under the Fourth Amendment. He goes on to imply that he thinks it was better before such privacy rights existed. According to the AP:

Scalia said that before the court’s 1967 opinion on wiretapping, the high court held the view that there were no constitutional prohibitions on wiretaps because conversations were not explicitly granted privacy protection under the Fourth Amendment, which protects against Americans against unreasonable search and seizure of “their persons, houses, papers, and effects.”

But he said then the Warren court stepped in and found that “there’s a generalized right of privacy that comes from penumbras and emanations, blah blah blah, garbage.”

Blah, blah, blah garbage is how a Supreme Court Justice describes privacy protections. Protections that may have prevented FBI surveillance against Martin Luther King Jr., John Lennon and countless other activists. Remember that: All My Heroes Have FBI Files. 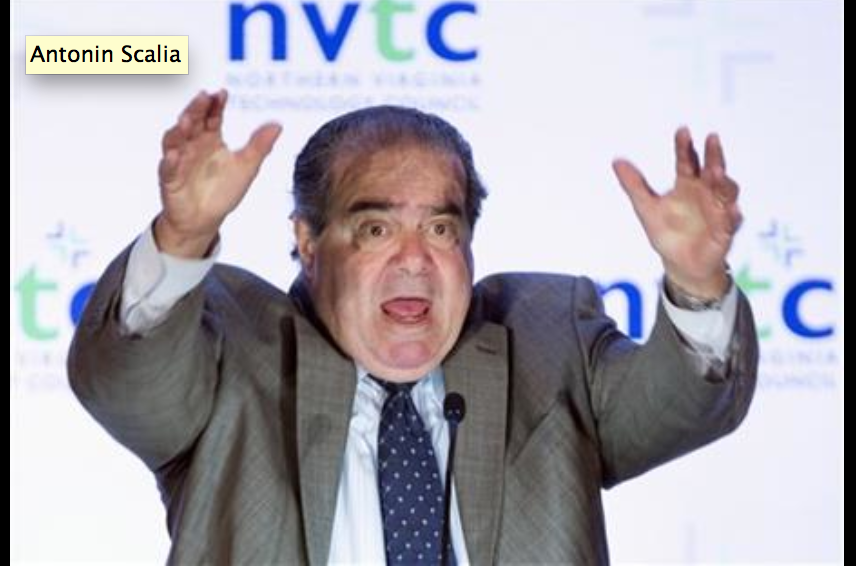 *Photo from the AP story.