Call your senators & representatives and tell them:

Less than 10% of the House publicly supports President Obama’s plan for a military strik on Syria.

As Bloomberg notes in this updated visual description of the hill he faces, at least 202 House members currently oppose military action. 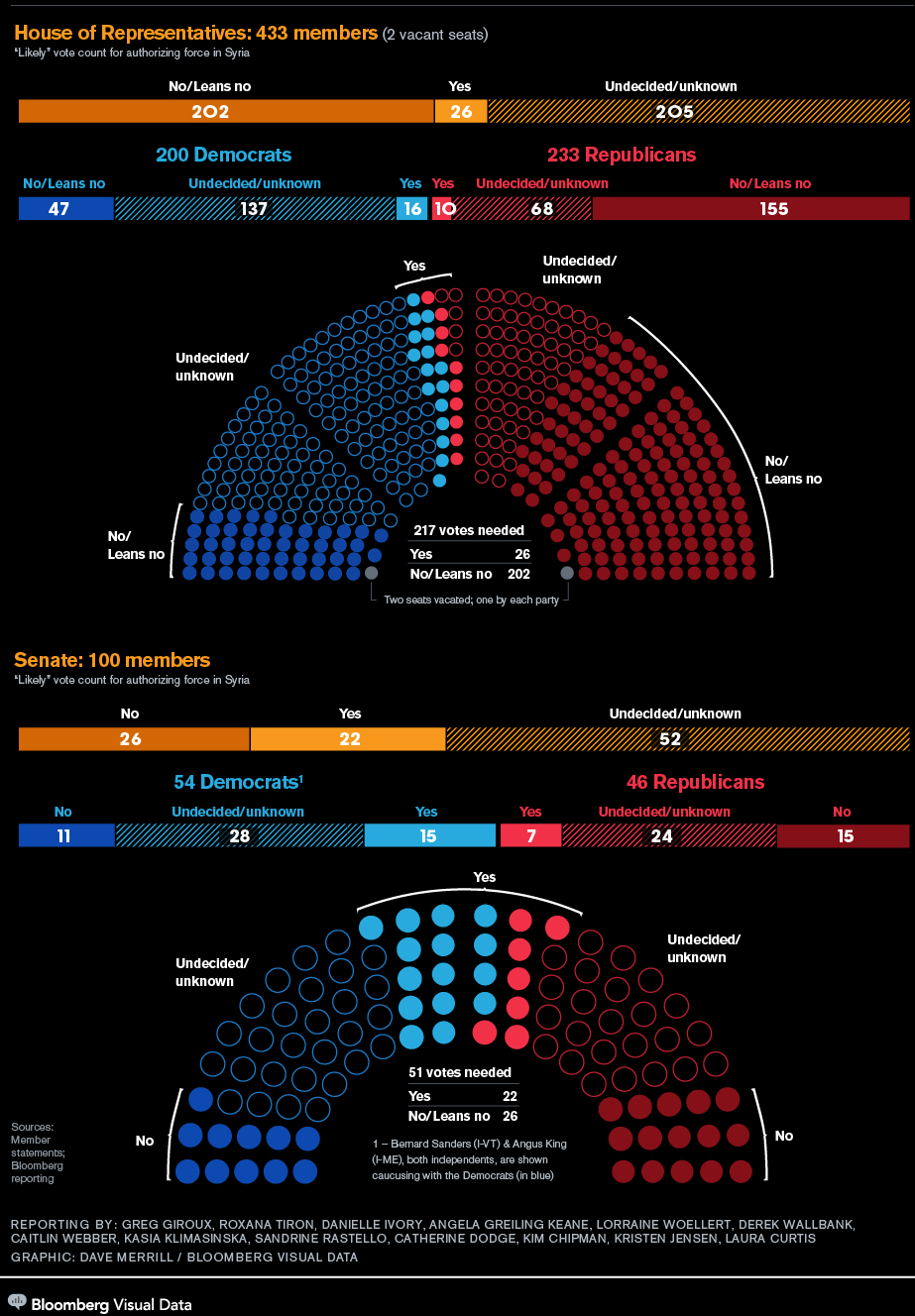