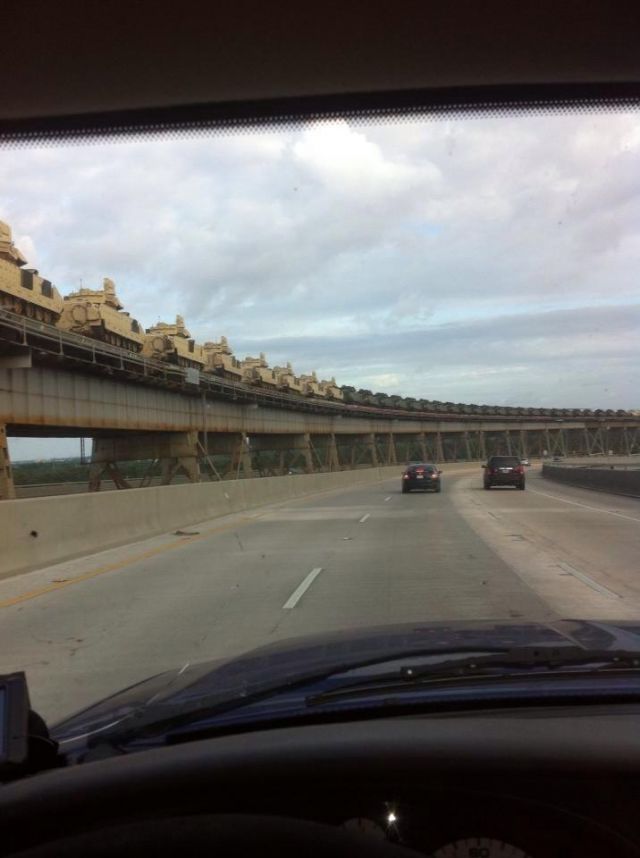 The picture shows a HUGE number of military vehicles being transported towards New Orleans and was just taken by our reader today, August 26th, 2013. (Source)

– US plans for missile strikes against Syria as questions swirl about the endgame (, Aug 27, 2013)

– Western attack to punish Syria likely to begin with barrage of more than 100 missiles in 48 hour blitz (Telegraph, Aug 27, 2013)

Take a close look at this (deleted) article:

1 thought on “US: Ready To Strike Syria If Obama Gives Order – Officials: Military Strikes On Syria ‘As Early As Thursday – US Mass Military Movement (Picture)”