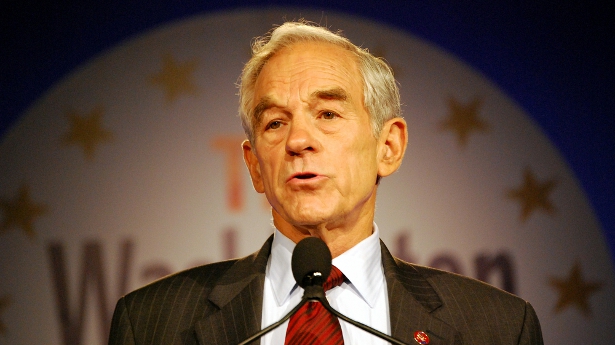 Former U.S. Rep. Ron Paul (R-TX) is being billed as the keynote speaker at a September conference sponsored by the Fatima Center, which one civil rights organization calls “the single largest group of hard-core anti-Semites in North America.”

The Southern Poverty Law Center’s Hatewatch blog noted on Tuesday that Paul had reportedly accepted the speaking engagement at the Fatima Center’s September “Fatima: The Path to Peace” conference in Canada.

Other speakers at the conference will include John Birch Society President John F. McManus, which has been accused of contributing to anti-Semitism for decades.

“All speakers share one thing in common: a keen understanding that the nations of the world suffer profound disorder, that evil and shocking immorality are on the rise, that war and violence steadily increase, that the stability of our entire social order is at stake, and that a solution to the present chaos is of utmost necessity,” a statement from the Fatima Center said.

In 2008, the New Republic reported that newsletters published in Ron Paul’s name revealed “decades worth of obsession with conspiracies, sympathy for the right-wing militia movement, and deeply held bigotry against blacks, Jews, and gays.”

Jesse Benton, Paul’s campaign spokesperson, insisted at the time that the congressman “did not see” most of the newsletters before they were published.

Paul’s son, Sen. Rand Paul (R-KY), who is often mentioned as a possible frontrunner for the Republican presidential nomination in 2016, recently parted ways with an aide after he was outed as a neo-Confederate who went by the name “The Southern Avenger.”

“It was a shock radio job,” Rand Paul explained prior to the split. “He was doing wet T-shirt contests. But can a guy not have a youth and stuff? People try to say I smoked pot one time, and I wasn’t fit for office.”

“Are we at a point where nobody can have had a youth or said anything untoward?”