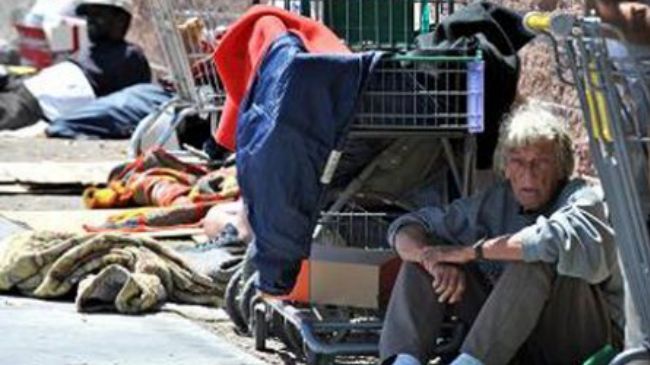 The figure of $2 a day per person, used by the researchers, is the United Nations measure of poverty in developing countries, according to the World Socialist Web Site.

The official poverty line for a family of three is almost equal to $17 per person per day averaged over a year.

For deep poverty, which is below half of the poverty line, an average of approximately $8.50 per person per day is considered.

The report also showed that 4.3 percent of non-elderly households with children were in extreme poverty with 3.55 million children living in them.

The number of Americans living in poverty began to increase after the Clinton administration ended cash welfare for susceptible families in 1996.

Between 1996 and 2008, the poverty rate almost doubled, amounting to 600,000 poor households. The trend continued to go up following 2008 recession with the pace accelerating.

450,000 more families have become poorer over the past 3 years, with a marked rise in their numbers during the first half of 2011.

In a July report, the statistics on poverty showed that four out of 5 US adults struggle with joblessness, near poverty or reliance on welfare for at least parts of their lives.

The trend had been attributed to “an increasingly globalized US economy, the widening gap between rich and poor and loss of good-paying manufacturing jobs.”

According to some estimates a staggering number of Americans, over 146 millions, are either “poor” or “low income.”