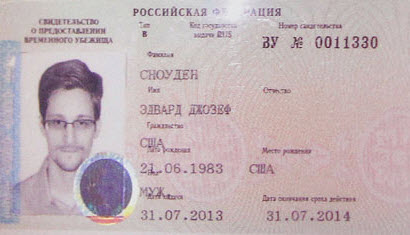 A migration service official said on Friday, however, that Snowden had not submitted documents to register in the capital.

“We don’t have these records. I don’t have any such information. He’s not in Moscow,” said Olga Kirillova, head of the Moscow branch of the federal migration service, news agencies reported.

Countless attempts by journalists to smoke him out of hiding in the airport’s transit zone and capsule hotel were unsuccessful, leading to speculation that he was being hidden in a special area or even an FSB country house outside of Moscow.

Of course, Russia is a big country; but we hear The Gulag is nice this time of year…