It just keeps going form bad to worse for William Ackman. The so-called retail expert tried to diffuse the situation today by announcing a massive $2 billion position in Airgas, only for Herbalife to go right back front and center, following news moments ago from CNBC that none other than George Soros has taken a long stake in Herbalife, and not just any stake but a “top 3” position. We haven’t done the math but the float out there must be getting dangerously low for Ackman: low enough to where the Volkswagen scenario we predicted in early January (just as we predicted the imminent epic short squeeze) may finally come in play as there is not enough float to cover Ackman’s short, and certainly not when the longs decide to pull all the borrow. If and when the Ackman margin calls hit, we hope that Soros will accept shares of Airgas as deliverable.

In the meantime, the stock is up 173% since December, or when we said to go long following Whitney Tilson’s “short.” 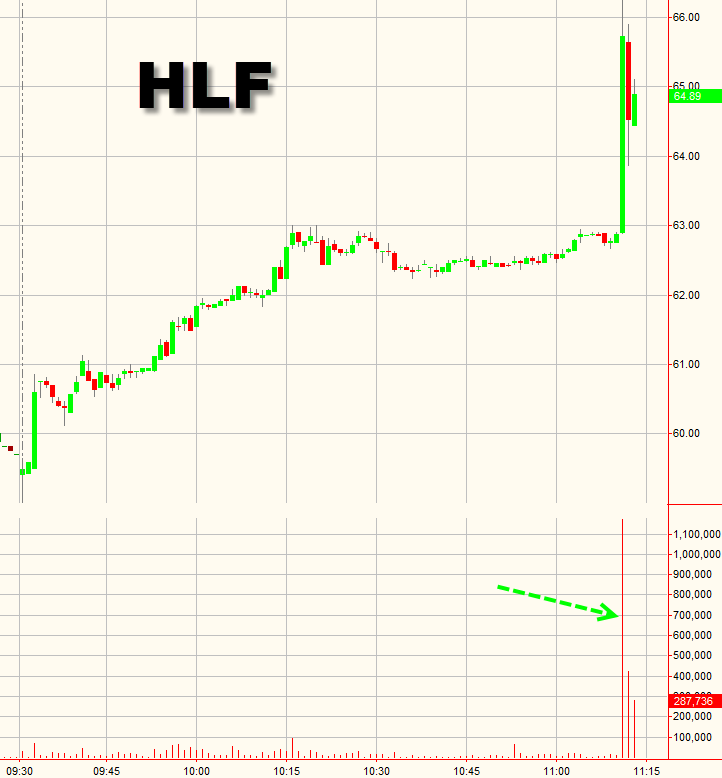 Keep an eye on HLF becoming HTB across Prime Broker repo desks. When the hammer hits, it will be quick.