Following up on yesterday’s essay comparing Walter Bagehot to a modern-day shadow banker, we have received numerous requests for more information on this fundamentally critical  financial topic. So without further ado, we present a full and unabridged map of the modern shadow banking system. 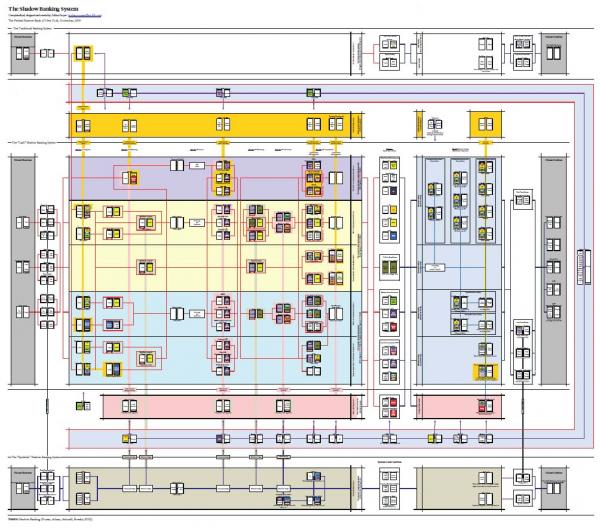 Of course without context, the above “map” is useless, so those eager to learn more and invited to read our thousands of articles covering just this topic since 2009, while beginners can find a revised edition of Zoltan Pozsar’s seminal “Shadow Banking” at the following link .