Now that is ‘all-important’ news, right? 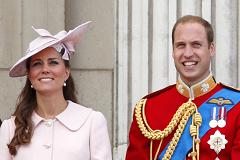 Britain’s Duchess of Cambridge delivered a baby boy Monday afternoon, an event analysts said would be “overwhelmingly positive” for the U.K. economy.

The child of the Duchess of Cambridge Kate Middleton and Prince William will be third-in-line to the throne. Middleton gave birth in the private wing of Saint Mary’s hospital in London.

The boy, whose name was not immediately revealed, weighed 8 pounds, 6 ounces.

– God Don’t Save The Queen

– The Queen’s Hidden Cousins: Banished, Shuttered Into An Asylum In 1941 And Left Neglected – New Documentary Reveals All

Why the people cheer at Royals who have lived and still live off of them and who still receive paychecks funded by the taxpayer for doing NOTHING is beyond me.

The more people’s lives suck and the more uneducated they are, the more they seem to have a tendency to romantically adore their Royals.