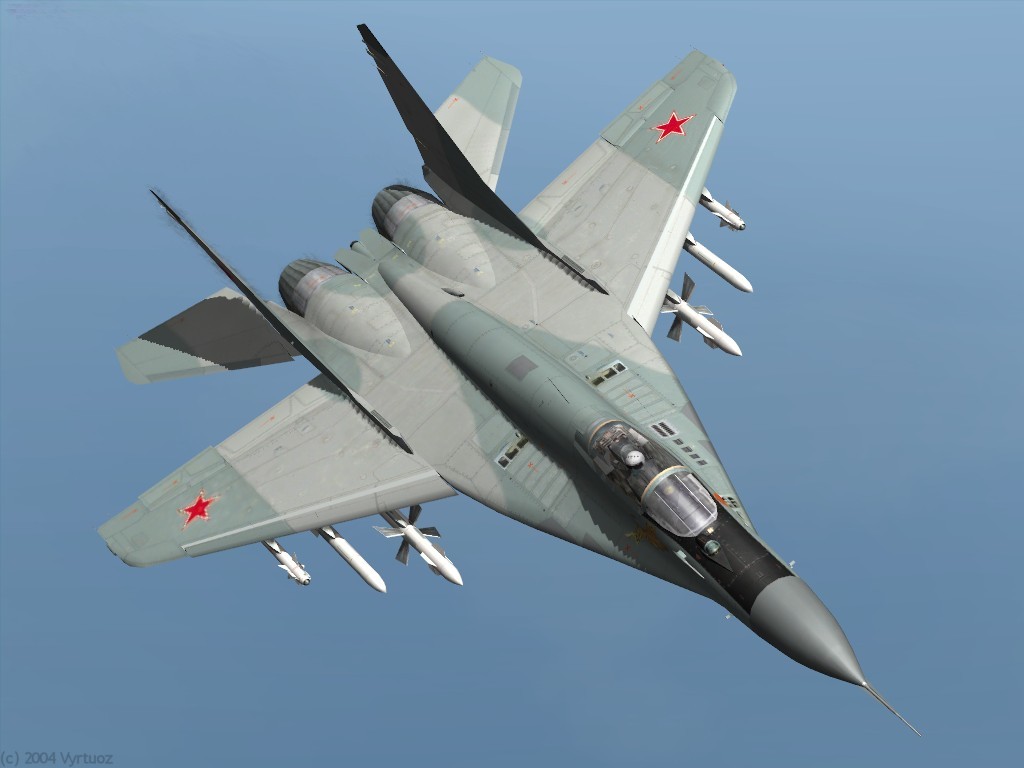 Following Russia’s first shipment of S-300 Rockets and the CNN-reported deaths of American and British citizens, it seems the situation in Syria is escalating ‘behind-the-scenes’ with little attention being paid in general. Whether it is the deaths or not, but according to the FT, the ‘war-by-proxy’ is growing in numbers as the UK is poised to ship arms to some rebel factions in Syria as soon as this summer. “The precise timing has not yet been finalized and no decision has yet been taken. But we are likely to be … shipping arms to the rebels by August,” one official noted, adding that “the rebels need ammunition, and a lot of it, just to keep fighting.” The US had secretly undertaken significant lobbying efforts of EU member states to get the EU arms embargo amended and this week Britain and France forced through that deal opening the door for the supply of weapons. Adding to the angst, Russia’s MiG aircraft makers said on Friday that it planned to sign a new agreement to ship at least 10 fighter jets to Syria.

Britain and France this week forced through an amendment to an EU arms embargo that opened the door for the supply of weapons to opposition forces.

– South Korea Is Latest To Suspend US Wheat Imports In Aftermath Of Monsanto Rogue Wheat Discovery (ZeroHedge, May 31, 2013):

The global Monsanto genetically modified wheat scandal is getting worse. 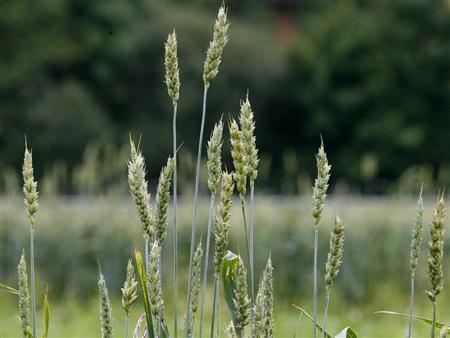 As a reminder, recently news broke out that a rogue genetically modified strain of wheat developed by Monsanto, had been found in an Oregon field late last month. But while modified food has long been a diet staple, this particular breed was the first discovery of an unapproved strain, and what made things worse is the lack of any information how the rogue grain had escape from a field trial a decade ago. As Reuters reports, “even after weeks of investigation, experts are baffled as to how the seed survived for years after Monsanto had ceased all field tests of the product. It was found in a field growing a different type of wheat than Monsanto’s strain, far from areas used for field tests, according to an Oregon State University wheat researcher who tested the strain.”

The USDA was quick to deny any suggestion of public danger:

The USDA said the GM wheat found in Oregon posed no threat to human health, and also said there was no evidence that the grain had entered the commercial supply chain.

But the discovery threatens to stoke consumer outcry over the possible risk of cross-contaminating natural products with genetically altered foods, and may embolden critics who say U.S. regulation of GMO products is lax.

This is compounded by the still fresh memory of the glaring and repeated lies by the Japanese government in regards to the Fukushima explosion, making some wonder just how far the government is willing to go to cover up potential threats if the alternative is widespread panic. 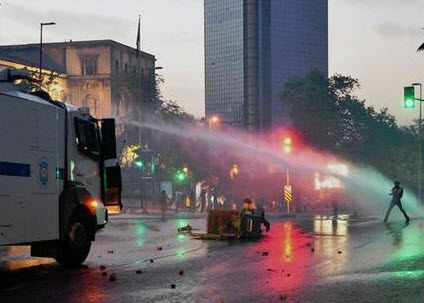 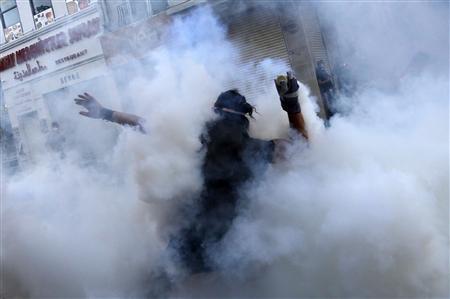 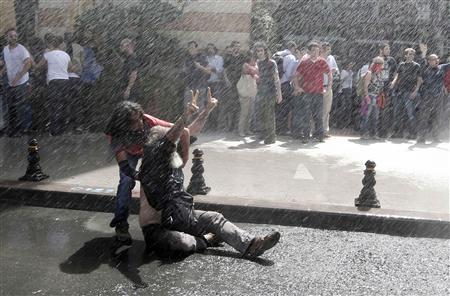 SAN FRANCISCO — A federal judge has ruled that Google Inc. must comply with the FBI’s warrantless demands for customer data, rejecting the company’s argument that the government’s practice of issuing so-called national security letters to telecommunication companies, Internet service providers, banks and others was unconstitutional and unnecessary.

FBI counter-terrorism agents began issuing the secret letters, which don’t require a judge’s approval, after Congress passed the USA Patriot Act in the wake of the Sept. 11, 2001, attacks.

Read moreJudge Orders Google To Give Customer Data To FBI 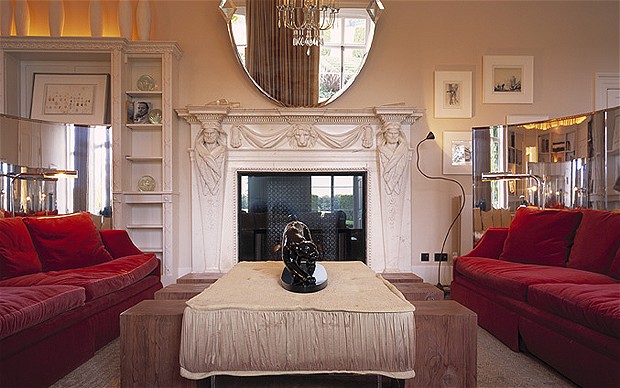 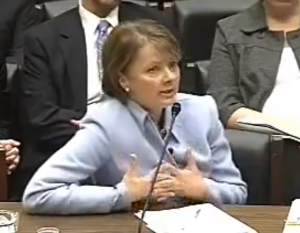 Angela Braly, then-CEO of WellPoint, testified before Congress about allegations that its California unit, Anthem Blue Cross, was raising premiums on some customers by more than 30 percent. Last week, California announced that the Affordable Care Act would increase non-group insurance premiums by as much as 146 percent. (Image courtesy U.S. House of Representatives)

Last week, the state of California claimed that its version of Obamacare’s health insurance exchange would actually reduce premiums. “These rates are way below the worst-case gloom-and-doom scenarios we have heard,” boasted Peter Lee, executive director of the California exchange. But the data that Lee released tells a different story: Obamacare, in fact, will increase individual-market premiums in California by as much as 146 percent.

One of the most serious flaws with Obamacare is that its blizzard of regulations and mandates drives up the cost of insurance for people who buy it on their own. 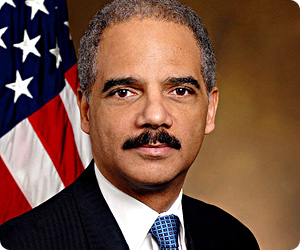 It is said that when you lie often, sooner or later you will be caught in your own web of deceit. That may have just happened with Attorney General Eric Holder.

Last week Holder appeared before the House Government Reform and Oversight Committee to provide testimony regarding the Justice Department’s potentially improper confiscation of the phone records of 20 Associated Press reporters and editors.

That battle is already lost:

– Greece: Prostitution Soars By 150% – Prostitutes Lower Their Price As Low As 5 EUROS – Youth Unempoyment Hits 75% In Some Areas

– Spain Is Beyond Doomed (The Atlantic)

… an incredulous 57.2% of under-25s out of work, Spain is closing in on Greece, according to official data, for the worst youth unemployment situation in Europe.

Prepare for the collapse of the entire global financial system.

German Finance Minister Wolfgang Schaeuble warned on Tuesday that failure to win the battle against youth unemployment could tear Europe apart, and dropping the continent’s welfare model in favor of tougher U.S. standards would spark a revolution.

Germany, along with France, Spain and Italy, backed urgent action to rescue a generation of young Europeans who fear they will not find jobs, with youth unemployment in the EU standing at nearly one in four, more than twice the adult rate.

“We need to be more successful in our fight against youth unemployment, otherwise we will lose the battle for Europe’s unity,” Germany’s Schaeuble said.

While Germany insists on the importance of budget consolidation, Schaeuble spoke of the need to preserve Europe’s welfare model.

If U.S. welfare standards were introduced in Europe, “we would have revolution, not tomorrow, but on the very same day,” Schaeuble told a conference in Paris. 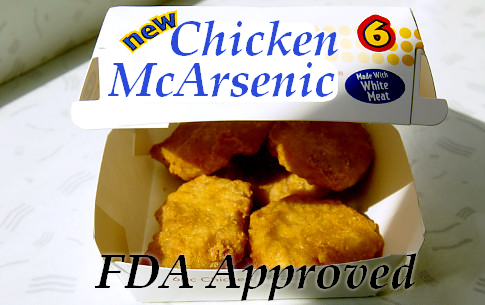 The old saying, “You are what you eat,” poses troubling implications for public health in light of a new study on chicken meat, which found that most of it contains dangerously high levels of toxic arsenic. And the worst part is that industrial chicken producers are directly responsible for causing this, as they intentionally add arsenic-based pharmaceutical drugs to chicken feed in order to bulk them up quickly and improve the color of their meat, which in turn poisons you and your family.

You can thank researchers from the Johns Hopkins Center for a Livable Future in Maryland for exposing this little-known fact in a recent paper published in the journal Environmental Health Perspectives. As it turns out, virtually all commercial chicken, including certified organic and “antibiotic-free” varieties, contain some level of inorganic arsenic. But it is the conventional chicken fed arsenic-based drugs that have the highest levels.

As reported by GRACE Communications Foundation Senior Policy Advisor Chris Hunt, writing for Ecocentric, Johns Hopkins researchers collected a variety of chicken samples from grocery stores in 10 cities across the U.S. Some of the meat samples came from conventional sources, while others were U.S. Department of Agriculture (USDA) certified organic or “antibiotic-free.” All the samples were tested side-by-side with each other, including in both raw and cooked form.

Parents in Polk County, Florida are outraged after learning that students in area schools had their irises scanned as part of a new security program without obtaining proper permission.

Students at three facilities — an elementary school, a grade school and a high school — had their eyeballs scanned earlier this month as part of a ‘student safety’ pilot program being carried out by Stanley Convergent Security Solutions.

“It simply takes a picture of the iris, which is unique to every individual,” Rob Davis, the school board’s senior director of support services, wrote home to parents in a letter dated May 23. “With this program, we will be able to identify when and where a student gets on the bus, when they arrive at their school location, when and what bus the student boards and disembarks in the afternoon. This is an effort to further enhance the safety of our students. The EyeSwipe-Nano is an ideal replacement for the card based system since your child will not have to be responsible for carrying an identification card,” he added.