The ongoing Syrian crisis will be certainly viewed by future generations as a classic example of how a completely false reality, as presented by the dominant Western political class and corporate media, has inscrutably resulted in the moral and political reinforcement of the opposing party, which was desperately defending the principles of law and justice under unprecedented pressure from a transnational party of war.

Despite the undisguised skepticism voicedon the eve of the summit in Lough-Erne by some of the G8 leaders toward the Russian stance on the Syrian crisis, the talks turned to be a diplomatic victory of Putin. He stood firm in his position on Syria, while the Western leaders had to accept the obvious: there is no way to oust President Assad from his post by legal means.
The G8 summit in Lough-Erne failed to put political pressure on Bashar al-Assad for his alleged use of chemical weapons against the rebels, nor was it able to obtain Russia’s consent to additional UN Security Council actions in favor of the Syrian opposition.The tough Russian position on Syria is increasingly in step with the approaches of some sober-minded politicians in the West.
Zbignew Brzezinski, a well-known US political analyst and statesman of Polish descent, who can hardly be suspected of supporting Russian policies elsewhere, literally said in an interview with MSNBC right on the eve of the G8 summit:

The West is absolutely engaging in mass propaganda by portraying the Syrian conflict as a fight for democracy when many of the rebels want anything but. They pledge allegiance to Al-Qaeda, explicitly call for Sharia law, kill thousands of Christians, use terrorist tactics yet our corrupt media and political class pretend arming them will produce democracy. 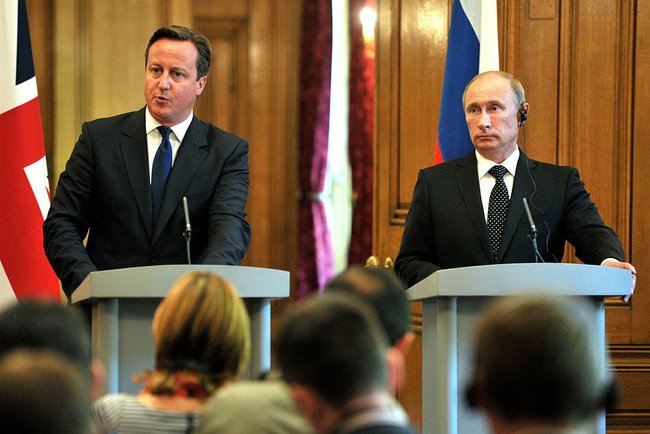 It’s no wonder that Putin’s commitment to bringing all parties of the conflict to the negotiating table in Geneva without any preliminary conditions as well as his straightforward replies during a memorable press-conference with the British PM David Cameron, got a positive response from a wide spectrum of Western civil society.

Boris Johnson, a British Conservative and the incumbent major of London, specifically stated in an article for the Telegraph:

This is the moment for a total ceasefire, an end to the madness. It is time for the US, Russia, the EU, Turkey, Iran, Saudi and all the players to convene an intergovernmental conference to try to halt the carnage. We can’t use Syria as an arena for geopolitical point-scoring or muscle-flexing, and we won’t get a ceasefire by pressing weapons into the hands of maniacs.

His viewpoint is shared by a large number of British parliamentarians, both Conservatives and Labourites, who urge Cameron not to initiate any arm deliveries to the Syrian opposition without approval from parliament.

Gerald Warner from the Scotsman wrote last Sunday that Putin is increasingly admired in the West for his firm attitude in defense of the principles of international law in general and on the Syrian issue in particular:

The new-found admiration for Putin is rooted in an appreciation of the contrast he presents to the politically correct wimps running the European Union and the United States. Last week’s G8 photographs said it all. The posturing “statesmen” who had been ordered by PR advisers to take off their ties in a pathetic effort to appear “relevant” – a bunch of dads dancing at the school disco – invited the mockery and contempt they duly received. Putin went along with the charade; but when it came to the substance – the demand for his endorsement of the Obama/Cameron/Hollande ambition to arm al-Qaeda in Syria – the response was an uncompromising, Molotov-style “Nyet!”

Repeated references in the Western mainstream press that Al-Qaeda-linked networks are dominating anti-Assad insurgency have been further substantiated in recent weeks. For instance, a few days ago Hans–Georg Maassen, the head of the German counter-intelligence bureau, told the Rheinische Post about 20 suspected jihadists who had recently returned to Germany from Syria.

He said it was worrying that in the past eight months more than 60 self-proclaimed “holy warriors” had left Germany to take part in jihad in Syria. “When they return, they are celebrated as heroes by their circle. In a worst-case scenario, they come back with a direct combat mission,” – stressed the chief of the BFF. 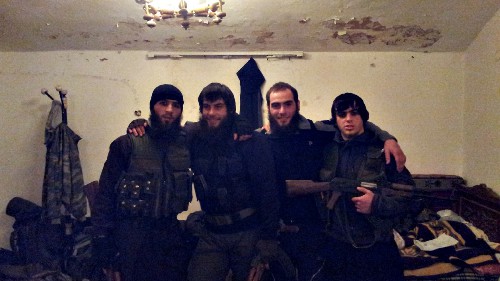 A group of Chechen “holy warrirors” in Syria.

A number of jihadist web-sites including Kavkaz Centre, which is operated from Finland, have recently praised two Chechen “syahids” liquidated by Syrian governmental forces near Aleppo several day ago.

Those interested in understanding the real motivation of the “pro-democratic forces” in Syria can read the English translation of their “martyrology”, which is far from the aims proclaimed by the West.

The number of atrocities and cruelties against the Syrian civil population committed by such “holy warriors” is unprecedented. YouTube is full of video footage of these crimes, with evidence enough to convene a special international tribunal for the investigation and prosecution of the perpetrators.

But instead the self-proclaimed “Friends of Syria” are engaged in a political cover-up of the FSA and are channelling weapons to jihadists. Obama’s administration is obviously hoping to retain control over the “moderate” FSA command of Salem Idris, but the futility of such expectations was proved as far back as the war in Vietnam (e.g. Ngo Dinh Diem scandal). They stepped on the same rake in Afghanistan.

The White House is placing stakes on a renegade who has no tangible support of any notable group in the Syrian society. Persisting in blind ambition for regime change in Syria, the US administration will yield no result but another war-torn area with the US Marines protecting a stooge in Damascus.

The echo of the Syrian conflict is already fuelling religious tensions in Lebanon and other countries in the region. The prolonged sectarian showdown in Iraq has gained new momentum. It is very likely that a new Sunni-Shia war has been designed by the global elites who triggered the conflict in Syria more than two years ago. The impact it would have in Europe and the United States itself was no doubt foreseen and will be used to further tighten the grip of electronic surveillance on these societies.

The public reaction in the West on Putin’s performance at the G8 suggests that there exists a conscious or perhaps unconscious awareness of this here. Putin has successfully adopted the trend to reformat the matrix imposed on the minds in the West.

Western politicians are so entangled in their web of lies, particularly on the Syrian issue, that a reasonable and straightforward speech by the Russian leader based on irrefutable facts and common sense could leave them dumb, curious, and stunned. And the people are able to sense who is standing on the right side of history

1 thought on “Syria: The Art Of Standing On The Right Side Of History (Veterans Today)”