Despite the jump in French PMI (though still in contractionary region), the number of French Jobseekers rose once again (up 11.5% year-over-year) to a new all-time record. As the nation struggles with near Depression-era activity, it seems the green shoots that Draghi’s jawboning once again provided today remain a long way off in real-world land. 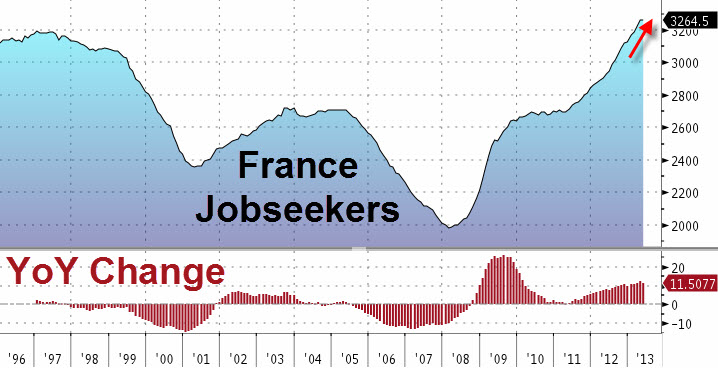