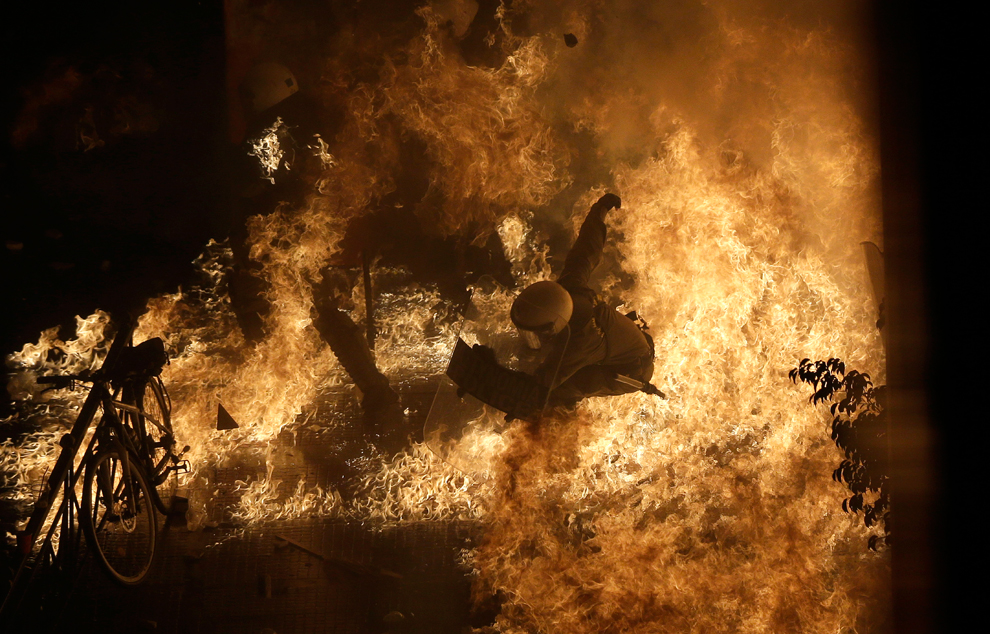 On December 1, 2001, Argentina’s economy was in trouble. Unemployment was high, debt was high, and recession had taken hold. But life was somewhat ‘normal’.

Basic services still functioned. And no one had to really worry about… food. Or water. Then it all changed. Literally within a day.

On December 2nd, our bankrupt government imposed measures that essentially froze everyone’s bank accounts. You can just imagine– one day having access to your funds, and the next day being completely cut off.

Within a matter of days, people were out in the streets doing battle with the police. The government soon defaulted on its debt, and the currency went into freefall.

I was doing some post-graduate work in Boston at the time. As a foreigner in the US, I wasn’t really able to work… so I was living on a tight budget from my savings.

Yet, overnight, I went from being able to pay my rent and living expenses to being completely cut off from my funds. I had nothing.

But when I spoke to my family back in Argentina, I realized that they had it even worse.

Everything became scarce. The electricity went out all the time. Even food on the grocery store shelves ran low. You would eat what you had available at home.

And in a way, food became a medium of exchange. Within just a few days, people went from having confidence in their currency to not trusting it at all. No one wanted to accept paper money anymore, especially for something as valuable as food.

And if they did, it would be at 2-3 times the normal price. With all of this unfolding, I flew back down to see my family.

My father called me and said he had stashed his life savings in US dollar cash in a bank safety deposit box. He needed my help getting it out.

When we arrived to the bank, there were thousands of people in the streets rioting. The police were there in paramilitary gear. It was so tense, we had to bribe someone just to get inside the bank.

Fortunately we were able to get access to the box. But… we had to walk 3 or 4 blocks to the car. It was half panic, half adrenaline rush walking past an angry crowd with my father’s life savings shoved down our pants.

Looking back, this was crazy. But at the time, it was the only way. Then came the even harder part– getting it out of the country.

We had friends who would take rowboats full of cash to neighboring Uruguay. But this was incredibly risky.

At the time, the only legitimate way to get money out of the country was buying ADRs (Argentine public companies listed on the New York Stock Exchange). And the only reason we were even able to do this was because we had the contacts.

But we got killed on the fees. The commission alone was 20%, and then, of course, the stocks we purchased took a dive.

So my father ended up losing about half of his savings trying to get it out of the country at the wrong time.

What’s funny is that we eventually ended up suing the government. They had destroyed everyone’s life savings, and even seized pensions as well.

The government dragged out the legal process for years, almost a decade. They were hoping that all the retirees who were suing them would simply die off, and the problem would go away.

Eventually, we won the case (along with thousands of others). But the judge gave the government a ‘suspended sentence’. So, no penalty.

There are so many more stories to tell about this… and fortunately I can laugh about it all now. But at the time, it was beyond stressful.

The best way I can describe it is despair. And this is really the worst emotion you can have. Because when you’re in a state of despair, you’re hopeless. It’s a terrible position to be in.

Life becomes hell because you do not know whether you are going to be able to put food on the table the next day.

And in such a state of despair, you’re not in a position to make good decisions. It’s all about survival.

Of course, we kept thinking, “why didn’t we see this coming? Why didn’t we do something sooner?”

If only we had moved some money out of the country before, or taken steps to safeguard his pension, life would have turned out much differently.

It’s like that old saying– better to be a year (or decade) too early than a day too late. Because one should never underestimate the speed with which things can unravel.

[Editor’s note: This is an incredibly powerful story that shows how quickly things can change. And it’s happening again now in the West, just ask the Cypriots.

1 thought on “This Is What Crisis Feels Like: Basic Services Still Functioned, No One Had To Really Worry About Food Or Water … Then It All Changed … Literally Within A Day!”