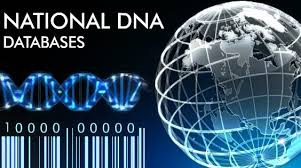 Do you intrinsically possess individual privacy rights, based upon natural law authority, or are your civil liberties arbitrarily defined by the current whims of government?

How you answer, this question speaks loudly about your understanding of the nature of your very being. Those who deem that natural law is a myth or a superstition are poised for voluntary surrender of their vital identity. The cataloging of individual essence is aberrant.

Your deoxyribonucleic acid is the core element of personal uniqueness and human dignity. If your DNA is subject to government collection and storage, the right of personal privacy is destroyed.

The dramatic proliferation of coercive police powers has little correlation to an improvement in public safety. The precedent that convicted criminals lose constitutional rights has gone virtually unchallenged in a society enamored with obedience to state authority. The practice of the law and the judicial review that provides the arbitrary and capricious rulings that incessantly favors the expansion of a greater level of state control, consistently violates common law and inherent principles.

It seems that civil liberties are an underreported topic by most “so called” conservative venues. Alas, the folks on the left at Democracy Now undertake the task of covering the implications and debates the merits of greater police powers in an interview, Supreme Court OKs Unfettered DNA Collection.

“In a landmark decision, the U.S. Supreme Court has ruled the police can collect DNA samples from people they arrest even before they are convicted of a crime. Supporters of the swabbing method call it “the fingerprinting of the 21st century” that will help nab criminals and break open unsolved cases. But privacy advocates say the ruling is vague because it does not define what constitutes a “serious crime,” and could create an incentive for police to make more arrests. The Supreme Court’s 5-to-4 ruling will likely fuel an expansion of DNA swabbing nationwide.”

Background on the legislation that mandates DNA mining is a very slippery slope. The DNA Identification Act of 1994 authorized the establishment of a national index of: (1) DNA identification records of persons convicted of crimes, (2) analyses of DNA samples recovered from crime scenes, and (3) analyses of DNA samples recovered from unidentified human remains. Justice for All Act of 2004 instituted material changes to the DNA Identification Act of 1994, including the:

expansion of the offenses for which federal and military offender samples are collected;

enhancement of the criminal penalties for unauthorized use of NDIS;

authorization of one-time keyboard searches by all NDIS participants of samples not normally included in NDIS (except for voluntarily submitted elimination samples);

requirement for state and local forensic laboratories to be accredited by a nationally recognized program within 2 years of enactment (October 30, 2006); and

requirement for the FBI to report to Congress any plans to change the “core genetic markers” 180 days prior to that change taking effect.

The Supreme Court of the United States in their decision, MARYLAND v. KING, drastically extended the scope for DNA sampling based upon a conviction to the new benchmark, an arrest.

In the Washington Post, Professor Brandon Garrett cited in the article, After the Supreme Court’s DNA decision, what is the future of criminal justice?

“Garrett also said that simply adding a DNA sample from everyone who is arrested might even make it harder for police to identify criminals, increasing the likelihood of false positives without adding any perpetrators to the system.

“A lot of innocent people will have their DNA in these databases,” he said. “That dilutes the databases and weakens their power.” He argued that since many criminals have prior convictions, taking samples only from convicts would be more efficient.”

“The purpose of DNA databases is to prevent future crime and to combat recidivism by using the information to catch repeat offenders. The government’s purpose in maintaining DNA samples does not outweigh the privacy rights of individuals because maintaining these samples ostensibly serves no governmental purpose. Despite the fact that many courts have found that convicted felons have a reduced privacy interest due to their past crimes, this privacy interest is diminished, not non-existent. In addition, because innocent people may be included in this database, their right to privacy in their genetic information should outweigh the minimal governmental interest in having access to non-phenotypic information. As a result, states should adopt some sort of limits on the duration of retention of physical DNA samples.”

Collecting DNA from defendants is not equivalent with inking fingerprints into a database. Courts, routinely rubber-stamp the broadening of government authority. The calculated assault on liberty is accelerated when the function of peacekeeping morphs into intimidating law enforcement.

The outrageous Supreme Court decision in MARYLAND v. KING violates “due process” and demolishes the principle of innocent until proven guilty. The risk is obvious as stated in the article, Stockpiling of innocents’ DNA.

Are there limits to a national DNA database? If any citizen arrested is subjected to a non- consensual DNA swabs sample, does it end with just suspects? In an age of hyperbolic criminalization of disputed infractions, giving greater discretionary power to an all-pervasive police state is sheer lunacy.

In the disembodied spirit of “it takes a village to raise a child”, the article Newborn DNA Registries Raise Privacy Concerns by Sarah McIntosh indicates a disturbing practice.

“A February report in the Texas Tribune revealed the Department of State Health Services was giving hundreds of infant blood spots to the Armed Forces DNA Identification Laboratory (AFDIL). According to information obtained through open records requests, AFDIL was in the process of building a national mitochondrial DNA registry.”

From the same piece Twila Brase, president of the Citizens’ Council on Health Care, warns of the consequences of allowing involuntary DNA samples databases.

“Government ownership enables the state health department and future legislatures to use newborn DNA as they see fit,” Brase said. “There is a potential for eugenic strategies, especially in this era of cost containment. Governments and legislatures could implement policies that use the genetic screening data to reduce the bearing of children with costly medical conditions, mandating the kind of decisions you’ve seen with Downs’ Syndrome children.”

With the inception of DNA science, the practice of biological engineering has gone wild. Extracting a DNA exemplar at birth is much different from forcing an arrestee to give up a saliva sample. The entire foundation of Western Civilization, based upon the inborn natural human rights of personhood, is violated when state mandates claim their license over your singular essence.

Assembling a massive DNA database on untold millions of Americans is an existential threat to the sacredness of life itself. The government is not our jailer, but is supposed to be our servant. Caution and vigilance oversight of government abuses is a cardinal duty of every American. Reasonable people should never trust the state to be the gatekeeper of your biological building blocks.

Common sense concludes that ownership of your DNA cannot morally be transferred into a communal retrieval system. Big Brother wants to dispatch the Grim Reaper when defective or unacceptable genetic traits are deemed detrimental to the socially collectivist society.

The “PC” misinformation declares, “Eugenics is the applied science of the bio-social movement which advocates practices to improve the genetic composition of a population, usually a human population.” The true reality is that government sponsored research projects are seeking ways of culling the herd. DNA collection is the route to dissention elimination. Purging the general population of political undesirables is a goal that most courts would eagerly uphold. As the police state intensifies, the selection process for isolating individuals that resist the tyranny will increase.

If your DNA is in the possession of the illicit authorities, the effortless framing of targeted nuisances becomes a distinct probability. The ease of charging a rebel against the state as a terrorist comes out of a master database. Do you trust the government to obey constitutional precepts and restraints?

Unless the public develops a defiant attitude towards the inhuman incarceration culture, the DNA collection scheme will just inflate the population of embattled captives. The solution is to defend civil liberties at every opportunity. This is not a phony left-right canard. The kernel of universality rests upon the certainty that each individual is sacred. Your DNA is the quintessence of your person and no government can legitimately enforce the theft of your singularity.

People need to learn a greater respect for their own privacy and practice its defense accordingly.