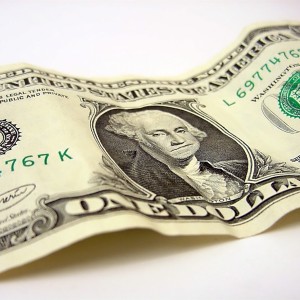 The Velocity Of Money Is At A 50 Year Low

The rate at which money circulates in our economy is the lowest that it has been in more than 50 years.  It has been steadily falling since the late 1990s, and this is a clear sign that economic activity is slowing down.  The shaded areas in the chart represent recessions, and as you can see, the velocity of money always slows down during a recession.  But even though the government is telling us that we are not in a recession right now, the velocity of money continues to drop like a rock.  This is one of the factors that is putting a tremendous amount of deflationary pressure on our economy… 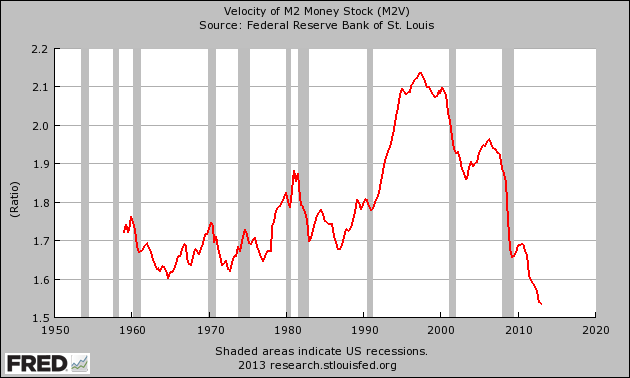 Even single month, far more money leaves this country than comes into it.  In fact, the amount going out exceeds the amount coming in by about half a trillion dollars each year.  This is extremely deflationary.  Our system is constantly bleeding cash, and this is one of the reasons why the federal government has felt a need to run such huge budget deficits and why the Federal Reserve has felt a need to print so much money.  They are trying to pump money back into a system that is constantly bleeding massive amounts of cash.  Since 1975, the amount of money leaving the United States has exceeded the amount of money coming into the country by more than 8 trillion dollars.  The trade deficit is one of our biggest economic problems, and yet most Americans do not even understand what it is.  As you can see below, our trade deficit really started getting bad in the late 1990s… 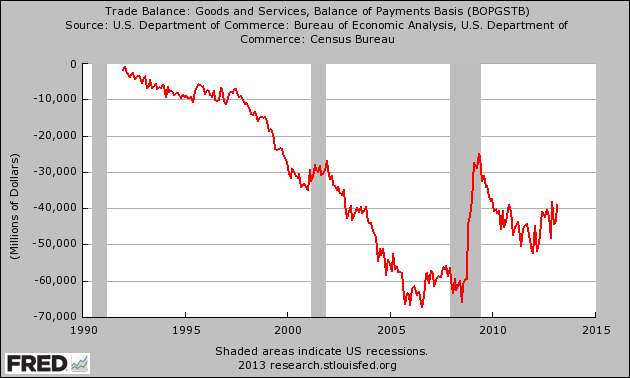 Wages And Salaries As A Percentage Of GDP

One of the primary drivers of inflation is consumer spending.  But consumers cannot spend money if they do not have it.  And right now, wages and salaries as a percentage of GDP are near a record low.  This is a very deflationary state of affairs.  The percentage of low paying jobs in the U.S. economy continues to increase, and we have witnessed an explosion in the ranks of the “working poor” in recent years.  For consumer prices to rise significantly, more money is going to have to get into the hands of average American consumers first… 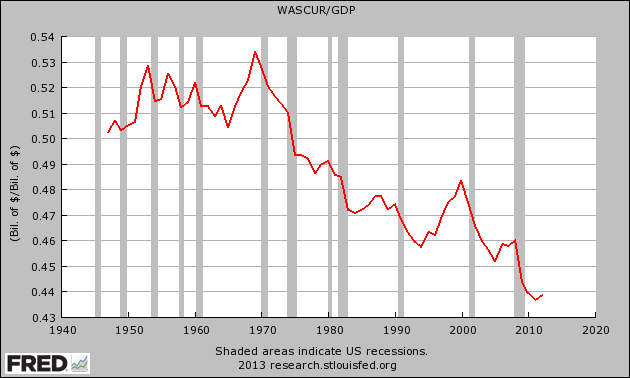 When The Debt Bubble Bursts

Right now, we are living in the greatest debt bubble in the history of the world.  When a debt bubble bursts, fear and panic typically cause the flow of money and the flow of credit to really tighten up.  We saw that happen at the beginning of the Great Depression of the 1930s, we saw that happen back in 2008, and we will see it happen again.  Deleveraging is deflationary by nature, and it can cause economic activity to grind to a standstill very rapidly.

During the next major wave of the economic collapse, there will be times when it will seem like hardly anyone has any money.  The “easy credit” of the past will be long gone, and large numbers of individuals and small businesses will find it very difficult to get loans.

When the debt bubble bursts, cash will be king – at least for a short period of time. Those that do not have any savings at all will really be hurting.

And some of the financial elite seem to be positioning themselves for what is coming.  For example, even though he has been making public statements about how great stocks are right now, the truth is that Warren Buffett is currently sitting on $49 billion in cash.  That is the most that he has ever had sitting in cash.

Does he know something?

So cash will not be king for long.  In fact, eventually cash will be trash. The actions of the U.S. government and the Federal Reserve in response to the coming financial crisis will greatly upset much of the rest of the world and cause the death of the U.S. dollar.

That is why gold, silver and other hard assets are going to be so good to have in the long-term. In the short-term they will experience wild swings in price, but if you can handle the ride you will be smiling in the end.

In the coming years, we are going to experience both inflation and deflation, and neither one will be pleasant at all.

Get prepared while you still can, because time is running out.

Gold and silver are great investments, but I’ve told you many times that you will need food, water, survial gear, (if possible) a self-sufficient remote farm and lots of skills & real FRIENDS (because without them your chances are extremely dim).

You can see here how important it is to get fully prepared NOW:

Don’t believe this can happen HERE? It is already happening in Europe …

– Greece: Prostitution Soars By 150% – Prostitutes Lower Their Price As Low As 5 EUROS – Youth Unempoyment Hits 75% In Some Areas:

“… Maria lowering her price to the equivalent of about $6.50. Maria, who would only give a pseudonym, had hoped to get some money for food …”

… and the worst is yet to come.

1. Problem: The greatest financial collapse in world history will bring (as intended by the power elite) total CHAOS (incl. martial law and a Mad Max scenario for many that are unprepared and still living in the big cities):

– Forget Gold: Only Food, Tools and Resourcefulness Will Matter In A MAD MAX SCENARIO

2. Reaction: The people will beg for order …

3. Solution: … and the elitists will give them their ‘New World Order’.

1 thought on “Will It Be Inflation Or Deflation? The Answer May Surprise You”