Fake iPhones – who cares? Fake Gucci handbags – spread the wealth? But fake condoms is going too far. As China Daily reports, a underground workshop producing fake brand-name condoms was busted after police found clues on an online marketplace. Police confiscated more than 2 million bogus condoms labeled Jissbon, Durex and Contex. While a knock-off prophylactic is priced at 1 yuan (16 cents), it costs less than 0.2 yuan to produce.

In February, police noticed that prices of brand-name condoms were unreasonably low on one online store, and they bought some products (just to check we are sure). As Bloomberg adds, in April, public health authorities from Ghana impounded more than 1 million substandard condoms, many of them imported from China. “When we tested these condoms, we found that they are poor quality, can burst in the course of sexual activity, and have holes which expose the users to unwanted pregnancy and sexually transmitted disease.”

The production of the fake condoms was so simple that the 50-square-meter workshop could produce 20,000 counterfeits a day. 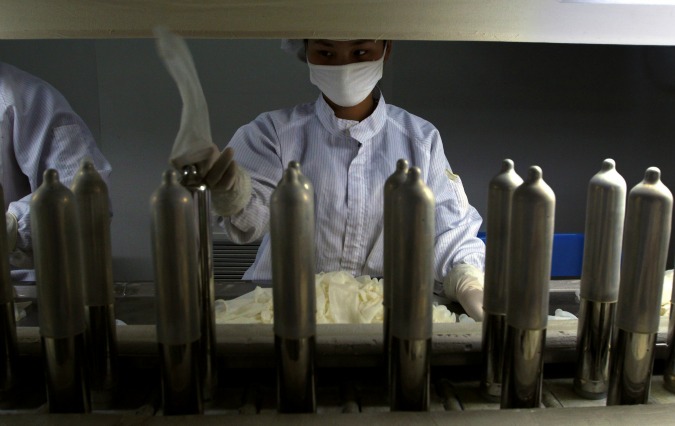 Thirty-seven suspects were arrested, and more than 4.65 million fake condoms with an estimated value of 47.7 million yuan were seized in the joint operation.