China may or may not be building empty cities any more, but when it comes to the buildings it does, ahem, erect, it appears that the communist regime is either running out of ideas or is taking the symbolism of the skyscraper just a little too seriously. Behold the building that will house the new Beijing offices of the People’s Daily, the official paper of the China Communist Party… 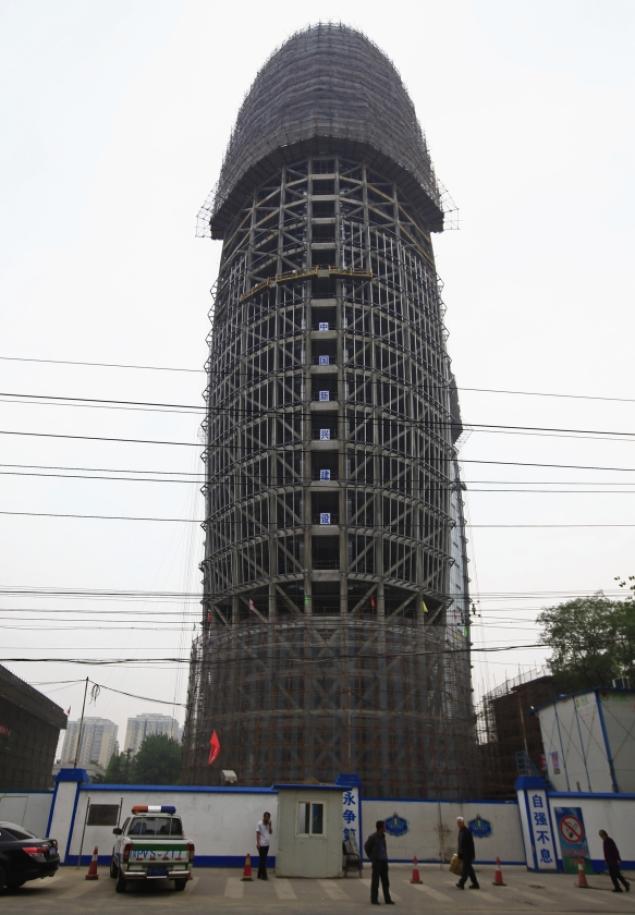 In the perfectly chosen words of the NYDN, after thinking long and hard, the mouthpiece for China’s Communist Party was cocksure that the erection of a new headquarters would be warmly received — but they blew it.

The new building for the People’s Daily newspaper, still under construction, has attracted more attention online for its suggestive shape than sound engineering….”

Internet users came up with jokes about the phallic structure. Others rose to the occasion by juxtaposing shots of the new building with another Beijing landmark, the China Central Television headquarters, which is nicknamed the “Underpants Building”  and has a large opening. 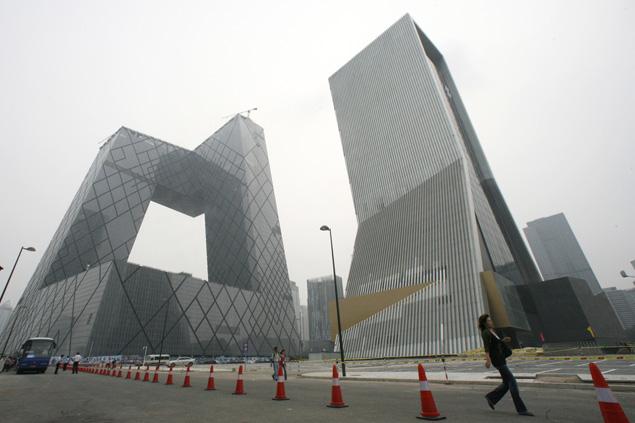 The one thing we don’t understand, however, is how did Donald Trump not think of, and erect, this building first?

1 thought on “Humor: Overcompensating In China”