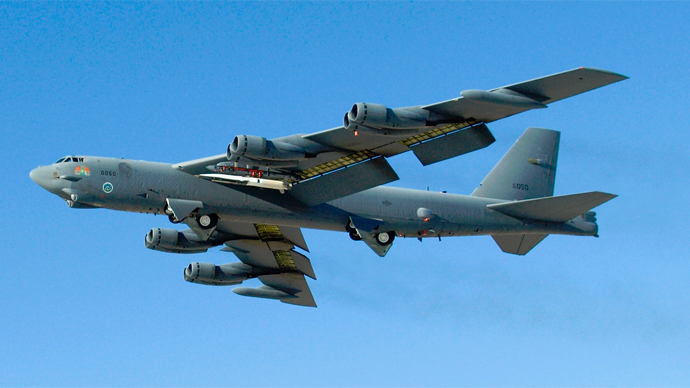 The US Air Force completed a nearly decade-long test program this week with the successful launch of an unmanned aircraft into hypersonic velocity, flying at more than five times the speed of sound.

Air Force officials announced Friday that the X-51A WaveRider flew for more than three minutes Wednesday, a one point hitting a speed of Mach 5.1, according to the Associated Press. The successful flight marked a turning point for the X-51A, which was designed with scramjet technology that’s capable of delivering weapons strikes around the world in only minutes.

The aircraft was designed to reach Mach 6 (six times the speed of sound) but the Air Force deemed Wednesday’s flight a success because the previous three attempts either ended in highly publicized failures or failed to reach the desired top speed.

“This test proves the technology has matured to the point that it opens the door to practical applications,” said Darryl Davis, president of Boeing Phantom Works, which designed the WaveRider, in a statement. He added that the flight, which saw the WaveRider travel more than 230 miles in six minutes, was “a historic achievement that has been years in the making.”

While the immediate future for hypersonic scramjet propulsion will come in the form of faster and more effective cruise missiles, scientists have speculated that in the long term, the technology could make a London-New York passenger flight possible in under an hour.

“I believe all we have learned from the X-51A WaveRider will serve as the bedrock for future hypersonics research and ultimately the practical application of hypersonic flight,” said Charlie Brink, program manager for the Air Force Research Laboratory Aerospace Systems Directorate, in the aforementioned statement.

Last year, when asked why such technology is necessary, Air Force officials cited a failed attempt of the life of Al-Qaeda leader Osama Bin Laden in 1998. Upon learning of his location, military intelligence was able summon Naval ships to fire cruise missiles at the target within 80 minutes. This new technology, the Air Force told the Los Angeles Times in 2012, would cut that response time down to twelve minutes.

The video below shows a Boeing jet lifting into the air before sending the missile-like scramjet into hypersonic speed.