While GBP jumped and the world celebrated the UK’s recent avoidance (for now) of a triple-dip recession (defined on GDP as opposed to reality), the situation in the island nation appears to be going from bad to worse. As Carney takes over the reigns of this once mighty nation he faces a country deeply divided. As the BBC reports, while London real estate prices smash old records, a stunning one-in-five households borrowed money or used savings to cover the costs of food in April. This is the equivalent of five million households unable to fund their food via income alone. Over 80% of these people are concerned about rising food prices (just as print-meister Carney is about to go ‘Abe’ on them) and almost 60% find it difficult to cope on their current incomes. The director of the consumer group ‘Which?’, noted that “many households are stretched to their financial breaking point,” as “families face a cost of living crisis.” While equity and real estate prices hit all-time highs, the opposition sums up the country’s feeling, “this incompetent government needs to wake up to the human cost of their failed economic policies.”

Over one-third of Britons “feel squeezed”… 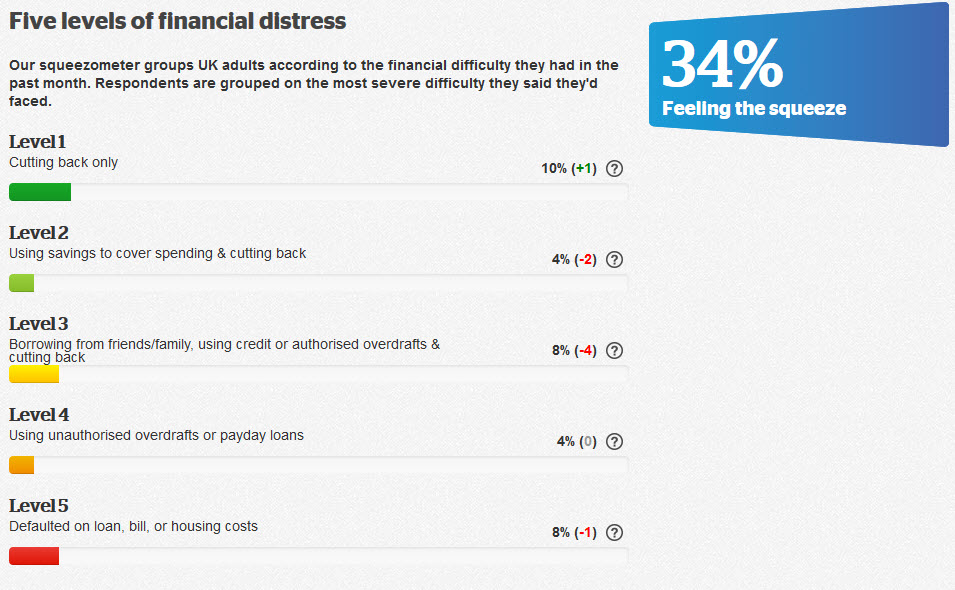 One in five UK households borrowed money or used savings to cover food costs in April, a Which? survey says.

The figures come despite official statistics last week showing that personal insolvencies had dropped to their lowest levels in five years.

Results showed that of the households who resorted to using credit or savings to pay for food, most were low income families. Among this group:

A typical weekly food bill averages about £76, Which? researchers said, up 4% on last year.

Of all the people polled, the research showed:

Mr Lloyd, Which? executive director, said: “Our tracker shows that many households are stretched to their financial breaking point, with rising food prices one of the top worries for squeezed consumers.

“Families face a cost of living crisis and are being forced into debt or to use their savings simply to put food on the table.

“This incompetent government needs to wake up to the human cost of their failed economic policies and change course now,” she added.