Gold buyers are having to wait up to six weeks for their bars and coins after a price dip led to increased interest. 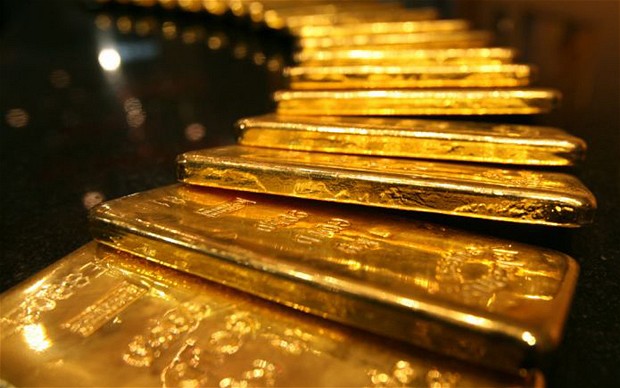 Investment company Physical Gold said there were waiting lists of three weeks for some coins, and four to six weeks for gold bars. “Previously all would have been available within a few days,” the company said.

The company said that it had seen a 50pc increase in enquiries about purchasing gold and a 35pc increase in sales, with people buying tax-free gold coins. “We are now starting to experience physical gold shortages,” said Daniel Fisher, CEO of Physical Gold.

“In particular there are waiting times on some gold bars and a real difficulty in obtaining mixed year Sovereigns. “However, many clients are willing to ‘do a deal’ and wait for delivery as they want to secure the current price as they feel it will be higher in the near future.”

Gold prices have fallen significantly recently, which may have created some demand. Mr Fisher said his clients had been “waiting in the wings” for the current price adjustment. “Clients who have been ready to pounce have now bought as they realise they are getting good value and the environment for gold is still strong. There are still few decent alternatives to gold as a safe haven asset.”

Adrian Ash, from gold trading market BullionVault, said that households had been investing heavily in gold, but that money market managers and hedge funds continued to drive the price down.

“Private households worldwide continue to take advantage of the drop, buying precious metals at prices not seen in almost two years,” he said.

The Scoin Shop, which sells gold coins in the Westfield Shopping Centre, said that sales of Kruggerand have increased 468 per cent last week, as investors rush to get the precious metal at what they see as a cheap rate.

1 thought on “Gold Buyers Forced To Go On Waiting List”