First the US fanfared the placement of two F-22 Raptors in the Osan airbase of South Korea. Then it demonstratively launched a B-2 stealth bomber on a training mission over a South Korean gunnery range. Then it deployed an anti-ballistic missile defense system to Guam and positioned two guided-missile destroyers in the waters near Korea. And now, courtesy of the Aviationist, we learn that the Pentagon has escalated once more in an ongoing cat and mouse game with North Korea, of who blinks first, and dispatched several B-1 (“Bone”) Lancer strategic long-range bombers to Andersen Air Force Base in Guam. What is different this time, however, is that unlike the previous very public and widely trumpeted reciprocal escalation steps, this particular deployment has been kept secret from the public (at least the broader public), “a fact that could be the sign that the U.S. is not only making symbolic moves (as the above mentioned ones), but it is preparing for the worst scenario: an attack on North Korea.” 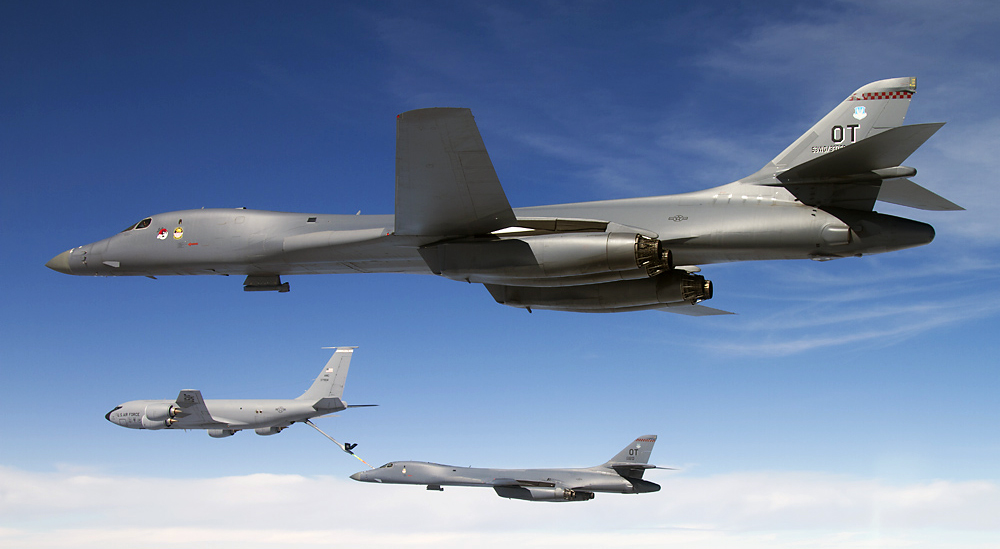 How has the Aviationist learned this?

From his station in Amarillo, Texas, author, investigative journalist, technologies expert Steve Douglass heard something interesting. In a message he sent us on Facebook he said:

“Late last night I monitored “DARK flight of seven” on PRIME (311.000 MHZ STRATCOM PRIMARY) asking for current weather for UAM [airport code for Guam – Andersen Air Force Base]. On the frequency of 251.100 Mhz,DARK flight also was calling for “GASSR 11 and GASSR 12? (KC-135s)  for “Tanker drag to BAB [Beale AFB, California]“.

“Dark” is the standard radio callsign for the 7th Bomb Wing’s B-1s based at Dyess AFB, near Abilene, Texas.

Even if U.S. bombers routinely deploy to Guam (where at least two B-2s are reportedly already based), the fact that seven “Bones” were apparently moving together is something a bit unusual, even if they were not going to Andersen AFB (they might need the weather report for UAM because it was an alternate airfield or simply a stopover on their way to somewhere else).

Actually, it’s also weird that some many big bombers were flying together (as the “flight of seven” heard by Douglass seems to suggest) since a standard ferry flight of multiple planes would normally see the aircraft move individually. And, another strange thing is that the pilot talked about their destination in the clear: if they wanted it to be secret, they would speak on secure radios.

Nevertheless, this might have been a non-standard deployment; a move ordered hours after U.S. satellites and spyplanes from South Korea and Japan had spotted North Korean missiles being readied for launch.

What is even more curious is that instead of merely serving as very expensive deterrence props, the squadron has a very offensive role, and is preparing for attack:

Earlier [Douglass] had intercepted an interesting communication off a military satellite in which an Ellsworth AFB’s B-1B, callsign “Slam 1?, was training to hit a “missile facility” in Snyder, Texas.

A practice run for a mission in the DPRK with a school bus depot standing in for the real thing?

American B-1 bomber pilots have reportedly shifted their training programs, focusing on in East Asia, more than Afghanistan and the Middle East. And, above all, any training mission has many similarities with actual sorties that would be flown against a real enemy in combat.

Anyway, Douglass has recorded an audio snippet of the exercise (available here). Based on the coordinates for Snyder, Texas here‘s the target on Google Maps.

Finally, and most disturbing, is that another aircraft also in the process of deployment is none other than the E-6 Mercury “Doomsday” plane, which are among the pinnacle in US Airforce nuclear war preparedness, tasked with “providing command and control of U.S. nuclear forces should ground-based control become inoperable” and whose core functions include conveying instructions from the National Command Authority to fleet ballistic missile submarines and also to further command post capabilities and control of land-based missiles and nuclear-armed bombers.

You can read more about the military air activity recently monitored by Steve Douglass in an extremely interesting article he posted on his blog that not only summarize the contents of the messages he sent to The Aviationist, but provides some more details about the alleged overseas deployment of E-6 Mercury “doomsday” planes from Tinker AFB, Oklahoma. 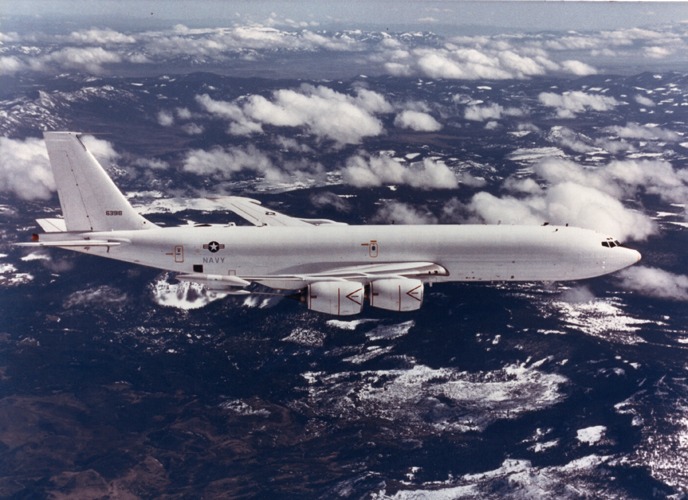 Perhaps to Kim Jong-un the military escalation to nuclear war is only one big joke, but to the US it is increasingly appearing very serious. And perhaps this is precisely what the Pentagon wanted all along?