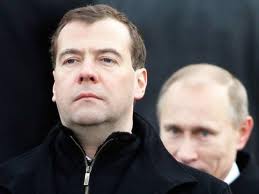 First, it is Merkel’s turn, which last week was furious at Cyprus for daring to reject the first flawed Eurogroup plan impairing insured depositors, only to praise it for now… rejecting said plan. To wit: Chancellor Angela Merkel, “as well as the government, is very happy that the troika, the euro group and Cyprus were able to reach an agreement,” German government spokesman Steffen Seibert says in Berlin. He added that difficulties will arise in the short term because of measures aimed to scale back Cyprus’s banking sector, “but in the long run it will lead to a healthier” industry. That remains to be seen, especially when factoring in the Russian response.Which wont be pleasant.

The official Russian line is one of a typical professional chess player – calm, cool, collected: Russia doesn’t see need to take any additional steps now, may still agree to restructure loan, First Deputy Prime Minister Igor Shuvalov told reporters earlier. Shuvalov, unlike Merkel and ECB’s Mersch who sees nothing but green shoots (literally) everywhere in Europe, said that Russia is concerned Cyprus crisis may have negative effect on euro. The deputy PM says that he has no estimate for Russian losses in Cyprus but added that Russian money in Cyprus is “legal.”

Moscow reacted with anger on Monday to a European Union bailout of Cyprus that will result in heavy losses for foreign depositors at the Mediterranean island’s banks, many of which are Russian.

“The stealing of what has already been stolen continues,” Prime Minister Dmitry Medvedev was quoted by news agencies as telling a meeting of government officials.

Russia turned down desperate appeals for financial aid last week from the Cypriot government and the final bailout was likely to be more painful for its depositors than an initial rescue plan rejected by the Cypriot parliament.

Speaking after the meeting, First Deputy Prime Minister Igor Shuvalov said losses to Russian investors in Cyprus were not yet clear.

He also said that the Cypriot unit of state-controlled VTB, Russian Commercial Bank, would not be affected by measures taken by the government.

“What is happening is a good signal to those who plan to move their capital to … Russian banks,” he was quoted as saying. “We have very stable banks.”

Russians are believed to account for most of the 19 billion euros of non-EU, non-bank money held in Cypriot banks at the last count by the central bank in January. Of 38 billion euros in deposits from banks, 13 billion came from outside the EU.

In other news, we are closing our Belgian Caterer 3x long ETF, and opening a new 3x levered ETF in Belgian Bodyguards and Polonium 210 “tasters.” We expect it to hit our price target of “more” shortly.