While it is unknown if the Cypriot parliament will agree to, and enact into law, the Troika-demanded deposit haircuts, after the shocking vote of mutiny against Merkel earlier this week that saw not one politician vote for the Europe suggested deposit tax levy (and even the ruling party abstained), a vote which will once more take place tomorrow, moments ago Cyprus became the first Eurozone country to officially implement governmental capital controls into legislation. At this point it had no choice: whatever happens with the deposit haircut, or with everything else, it is now inevitable that the local Cypriots will do all they can to pull as much money from domestic banking system as possible following the complete loss of faith and trust in banks, which is why the government had no choice but to intervene with its own “controls.”

Sadly, this marks a milestone in the development of the Eurozone – it’s all downhill, and accelerating, from here.

There are various other proposals which are currently being voted on, all of which are secondary to the Capital Controls one (the restructuring of the broke banks is perhaps the next most important one), until tomorrow’s vote on deposit haircuts.

A photo from today’s historic session in Cypriot parliament, in which the first every capital controls in Eurozone history were voluntarily legislated can be seen below. 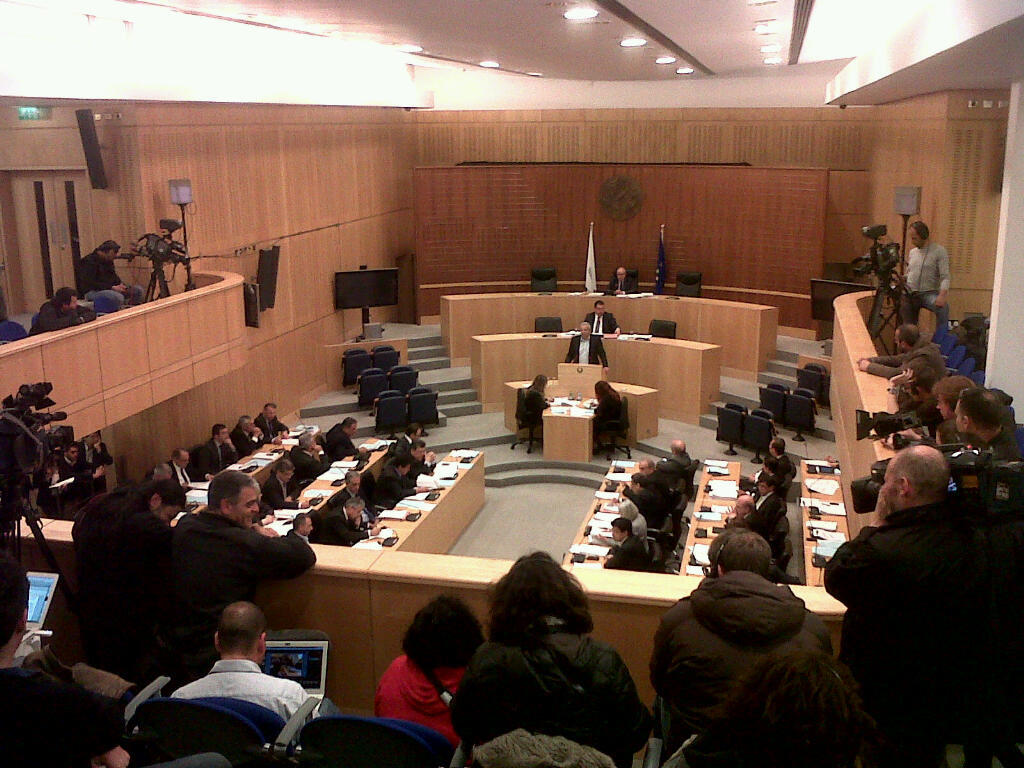