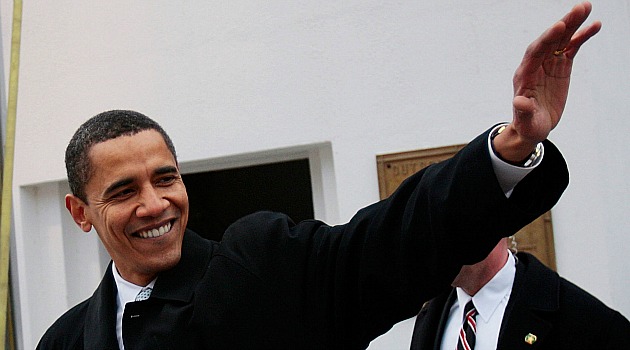 No Memory: Barack Obama burst onto the national political scene 20 years after graduating from Columbia College in 1983. None of the 25 Israelis who graduated with him that year remembers the future president.

U.S. President Barack Obama, due here for his first official visit next week, graduated college in 1983; yet, none of the 25 or so alumni of his class who are now living in Israel remember laying eyes on him. 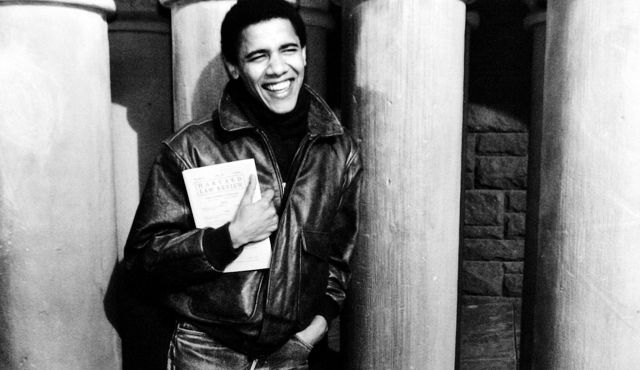 Barack Obama during his law school years. His two years as at Columbia, says classmate Len Rosen, was a ‘bleak time.’

Among those Israelis vying for the attention of Barack Obama as he prepares for his visit here next week, one fairly large, yet little-known group can claim a special long-standing connection to the U.S. president: We were his classmates in the Columbia University undergraduate class of 1983.

As of the latest count, there are close to 25 of us living here in Israel, some making the move close to 30 years ago, right after graduation, others pretty fresh off the boat. But on average, most have been here 15-20 years.

What are Obama’s classmates in Israel up to? Quite a few, like him, went straight to law school after finishing their undergraduate degrees. One is a doctor, several are engineers, and a few hold top jobs in finance. There’s an architect in the group, a tour guide, a librarian, a speech pathologist, an occupational therapist and a journalist. Most are married with children (about three on average ), a few are already grandparents, while others, who came to parenting relatively late in life, are still chasing around toddlers. Among the group are also two married couples who began dating while in college.

They’re scattered around the country, but Beit Shemesh and Ra’anana seem to be their preferred locales. Four live in Jerusalem and its outskirts, three in Tel Aviv, two are up north in Kfar Vradim, and two live over the Green Line in the settlement of Ginot Shomron.

But here’s the thing: Not one of us remembers Barack Obama – who transferred to Columbia after his sophomore year at Occidental College in California – from our undergrad years, nor do we know anyone else who does.

“If he wasn’t on my radar, he wasn’t on anyone’s radar,” asserts Jamie Miller, a mother of five, who lives in Beit Shemesh and remains active in the alumni association, traveling back to New York every five years to attend reunions.

“I was a cheerleader, so I knew all the jocks,” says Miller, who went to law school after college and today works as a librarian and English teacher. “I was in the marching band, I worked on the yearbook, and I was involved in student government, so I knew everyone. But I never saw him around.”

Sarah Graber Nehrer, a speech pathologist who moved with her family from the United States to Rehovot last summer, says she became curious about Obama even before his first presidential run. “When he first came on the political scene, back when he was running for the Senate, I was living in Illinois, and I was like, ‘Wait, this guy went to school with me,'” she explains. “But I had no recollection of him whatsoever, and neither did anyone else I know, which I found very strange.”

Compared with other American universities, Columbia, a member of the prestigious Ivy League, is small. Its graduating class in 1983 – including Columbia College for men, Barnard College for women and the College of Engineering – had fewer than 2,000 students. And since the campus itself, located in the uptown Manhattan neighborhood of Morningside Heights, is also quite small, the opportunities to bump into your classmates and get to know faces over a period of four years were abundant.

One sure place to spot them was at Butler Library, where many students went to study – or at least to pretend to study – in the evening. You might also find them sitting on the steps of College Walk in the middle of the day, crossing Broadway at 116th Street to get from Barnard to Columbia and vice versa, taking in music and beer at the West End bar late at night, standing in line for coffee at Chock Full o’Nuts (in the pre-Starbucks days ) or going out for a bite at the now-legendary Tom’s Restaurant (originally made famous by the Suzanne Vega song of the same name and more recently by the hit sitcom “Seinfeld.” )

Or you might have crossed paths with them in some of the more popular classes of the time, especially among students of Obama’s ilk, who were not on the science and math track. For example, there was the late Edward Said’s comparative literature class (which Obama reportedly took but didn’t much care for ), or the class in international diplomacy taught by Zbigniew Brzezinski, the former national security adviser to President Jimmy Carter. For political science majors like Obama, an absolute must at the time was the wildly popular modern political movements class taught at Barnard by Dennis Dalton. Another big draw in those days was the class in film taught by the late critic Andrew Sarris of The Village Voice.

Back then, there were not many black students at Columbia, so you noticed them, and like the Jews, notes Maury Budow – a father of six and specialist in geriatric medicine living in Modi’in – they tended to keep to themselves. “I didn’t know that many people to begin with, so it’s not surprising that I didn’t know Obama,” he says.

Fran Rubin Widerker, though, finds it strange that she didn’t know the transfer student, who arrived at Columbia in 1981, and lived on 109th Street, a few blocks off campus.

“When I was in college, I went out of my way to meet anyone who wasn’t Jewish – part of my trying to break away from being a Brooklyn Jew,” says Rubin. “So I hung out with many black students, but I never ever saw him around, and I would have recognized his face.” Rubin apparently became resigned eventually to being around other Jews: Today she is a literature counselor for the Israeli Ministry of Education, and lives in Kfar Vradim, with her husband David, whom she met in college, and their four children.

Yet another classmate, Michael Teplow, notes that someone with presidential aspirations “wouldn’t be shy, but in fact, quite gregarious,” which is why he, too, was surprised to discover “when I first started flipping through my yearbook looking for his picture that he wasn’t there, and I didn’t remember him at all.” Like Obama, Teplow went onto law school after he graduated Columbia. Today he lives in the settlement of Ginot Shomron, from which he travels each weekday to his law firm in Tel Aviv. Most of his practice is in corporate law, but Teplow has also built up a pro-bono side practice over the years representing Palestinians who have served as informers for Israel’s security forces.

Another Tel Aviv corporate lawyer in the group is Norman Menachem Feder, a senior partner in Caspi & Co., who once clerked for the late Supreme Court Justice Menachem Elon. “I spent most of my time at Columbia either in the library or in the gym practicing for fencing, so if Obama wasn’t hanging out in those places, I wouldn’t have seen him,” he notes.

Teddy Weinberger moved to Israel 15 years ago with his wife and former classmate Sarah Jane Ross, who works in institutional sales at Excellence Nessuah investment house. From their home in Givat Ze’ev, in the West Bank just north of Jerusalem, where the couple live with their five children, Weinberger continues to maintain close ties with many of his old college buddies, and says he understands why Obama may not have been on any of their radar. “He was a transfer student living off campus and that made it possible for him to keep such a low profile.”

The two years that Obama spent at Columbia overlapped with Ronald Reagan’s first term as president of the United States and Ed Koch’s first term as mayor of New York. It was a time when many neighborhoods in New York, especially those surrounding Columbia, were still not considered safe, and it was the beginning of the AIDS epidemic. The fall of 1981, when Obama moved to New York, was when Simon and Garfunkel held their big free concert in Central Park. It was a time when Michael Jackson’s “Beat It” was a huge hit, and the English rock band Duran Duran was all the rage.

“One of my memories of that time is sitting around all night with my classmates watching MTV, which had just been introduced,” recounts Len Rosen, today chief executive officer of Barclays Israel. Like Obama, Rosen was a political science major and international relations minor at Columbia, but says their paths never crossed.

“In defense of Obama, he did go through a bleak time during his Columbia years,” adds Rosen. “He even described himself as a ‘monk’ back then. I think it’s a fair explanation for why we might not have known him.”

The group of Columbia 1983 alumni has submitted a request with the U.S. Embassy in Tel Aviv to meet with their former classmate, but have yet to receive a response.

“I don’t take any great pride in having gone to school with Obama,” says Wayne Sohn, an inventor of medical devices who lives in Ginot Shomron. “But sure, if he’s willing to meet us, I’d be happy to go.”