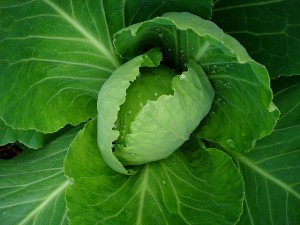 Leafy greens are likely the number one food you can eat to regularly help improve your health. They’re filled with fiber along with crucial vitamins, minerals, and plant-based phytochemicals that may help protect you from almost every disease known. Immune cells play an essential role in protecting intestinal health and could be boosted by consuming leafy greens, say researchers.

Phytochemicals may be as important as any single nutrient in supplemental form. Phytochemicals are some of the most biologically active substances found on Earth. They give fruits, vegetables, legumes, and grains their rich colors, flavors, and aromas. But phytochemicals also detoxify the body by neutralizing free radicals, inhibiting enzymes that activate carcinogens, and most of all boosting immunity.

The new study in the Nature Immunology found that dietary factors, and in particular consumption of cruciferous leafy greens, control the activity of vital immune cells through the activation of a particular gene known as T-bet.

These immune cells, known as innate lymphoid cells (ILCs), play a vital role in protecting the body from infection by ‘bad’ pathogenic bacteria in our gut – and have also been suggested to play an important role in controlling food allergies, inflammatory diseases, obesity, and even bowel cancers, say the researchers writing Nature Immunology.

“In this study, we discovered that T-bet is the key gene that instructs precursor cells to develop into ILCs, which it does in response to signals in the food we eat and to bacteria in the gut,” Dr Gabrielle Belz from the Walter and Eliza Hall Institute, Australia.

“ILCs are essential for immune surveillance of the digestive system and this is the first time that we have identified a gene responsible for the production of ILCs.”

Belz said that the proteins in cruciferous vegetables are known to interact with a cell surface receptor that switches on T-bet — and might therefore play a role in producing these critical immune cells.

“Proteins in these leafy greens could be part of the same signalling pathway that is used by T-bet to produce ILCs,” she said.

“We are very interested in looking at how the products of these vegetables are able to talk to T-bet to make ILCs, which will give us more insight into how the food we eat influences our immune system and gut bacteria.”

Belz and her team noted that ILCs are essential for maintaining the delicate balance between tolerance, immunity and inflammation — by producing a hormone called interleukin-22 (IL-22), which can protect the body from invading bacteria.

“We are just starting to understand how important these immune cells are in regulating allergy and inflammation, and the implications for bowel cancer and other gastrointestinal disorders such as Crohn’s disease,” she said.

“Our research shows that, without the gene T-bet, the body is more susceptible to bacterial infections that enter through the digestive system,” Belz added. “This suggests that boosting ILCs in the gut may aid in the treatment of these bacterial infections.”

Jill Nussinow, MS, RD, a culinary educator in Northern California weighs in on the country’s most widely-eaten greens from most nutritious to least: